The Chef's Secret:
A Novel

The Lost History of Dreams:
A Novel

Harvard Book Store welcomes writer and culinary enthusiast CRYSTAL KING and author, illustrator, and designer KRIS WALDHERR for a discussion of their respective new novels, The Chef's Secret and The Lost History of Dreams.

About The Chef's Secret

When Bartolomeo Scappi dies in 1577, he leaves his vast estate—properties, money, and his position—to his nephew and apprentice Giovanni. He also gives Giovanni the keys to two strongboxes and strict instructions to burn their contents. Despite Scappi’s dire warning that the information concealed in those boxes could put Giovanni’s life and others at risk, Giovanni is compelled to learn his uncle’s secrets. He undertakes the arduous task of decoding Scappi’s journals and uncovers a history of deception, betrayal, and murder—all to protect an illicit love affair.

As Giovanni pieces together the details of Scappi’s past, he must contend with two rivals who have joined forces—his brother Cesare and Scappi’s former protégé, Domenico Romoli, who will do anything to get his hands on the late chef’s recipes.

With luscious prose that captures the full scale of the sumptuous feasts for which Scappi was known, The Chef’s Secret serves up power, intrigue, and passion, bringing Renaissance Italy to life in a delectable fashion.

About The Lost History of Dreams

All love stories are ghost stories in disguise.

When famed Byronesque poet Hugh de Bonne is discovered dead of a heart attack in his bath one morning, his cousin Robert Highstead, a historian turned post-mortem photographer, is charged with a simple task: transport Hugh’s remains for burial in a chapel. This chapel, a stained glass folly set on the moors of Shropshire, was built by de Bonne sixteen years earlier to house the remains of his beloved wife and muse, Ada. Since then, the chapel has been locked and abandoned, a pilgrimage site for the rabid fans of de Bonne’s last book, The Lost History of Dreams.

However, Ada’s grief-stricken niece refuses to open the glass chapel for Robert unless he agrees to her bargain: before he can lay Hugh to rest, Robert must record Isabelle’s story of Ada and Hugh’s ill-fated marriage over the course of five nights.

As the mystery of Ada and Hugh’s relationship unfolds, so does the secret behind Robert’s own marriage—including that of his fragile wife, Sida, who has not been the same since the tragic accident three years ago, and the origins of his own morbid profession that has him seeing things he shouldn’t—things from beyond the grave.

Kris Waldherr effortlessly spins a sweeping and atmospheric gothic mystery about love and loss that blurs the line between the past and the present, truth and fiction, and ultimately, life and death.

Praise for The Chef's Secret

“The Chef’s Secret is a sumptuous buffet, serving up a love story (two of them!); mystery and suspense so thick you could cut it with, well, a chef’s knife; and such a vibrant panorama of Renaissance Rome you’ll feel you’ve walked its streets and inhabited its kitchens. Anyone who loves history, food, a great story—read this novel! Warning: it will make you hungry.”  —Jenna Blum, New York Times bestselling author of Those Who Save Us and The Lost Family

"Crystal King’s The Chef’s Secret is a fabulous immersion in the world of Renaissance Italy, full of passion, intrigue, secrets, danger, and of course food. Come hungry!" —Melodie Winawer, author of The Scribe of Siena

"In The Chef’s Secret, Crystal King serves up a delectable read stuffed with passion, danger, and a plot worthy of Dan Brown. This fast-paced, engrossing novel brings Renaissance Rome and the Vatican to life through the eyes of a famous papal chef. You won’t be able to put it down." —Stephanie Storey, author of Oil and Marble

Praise for The Lost History of Dreams

“In The Lost History of Dreams, Kris Waldherr delivers a novel of haunting mystery and passion reminiscent of Wuthering Heights and Byatt's Possession. Layered within the pages of this gorgeous gothic tale is a story of several loves, each masterfully wrought in dazzling, poetic detail that will leave the reader longing for more." —Crystal King, author of Feast of Sorrow

"Within the framework of a gothic, Kris Waldherr confronts our ideas about love, grief, poetry, and the nature of storytelling. With skillfully nested stories, Waldherr has done the remarkable, rendering the ephemeral into something real and tangible. Brooding, romantic, and thoughtful, The Lost History of Dreams is a rare bird in that it shines throughout with wit. I loved every page of it." —Erika Swyler, author of The Book of Speculation 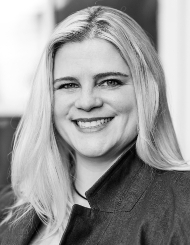 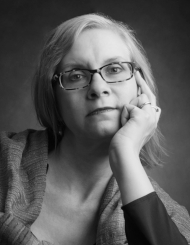 Kris Waldherr is an award-winning author, illustrator, and designer. She is a member of the Historical Novel Society, and her fiction has been awarded with fellowships by the Virginia Center of the Creative Arts and a reading grant by Poets & Writers. Kris Waldherr works and lives in Brooklyn in a Victorian-era house with her husband, the anthropologist-curator Thomas Ross Miller, and their daughter.