Stars and Strikes:
Baseball and America in the Bicentennial Summer of '76

Harvard Book Store welcomes award-winning journalist and pop culture historian DAN EPSTEIN for a discussion of his newest book, Stars and Strikes: Baseball and America in the Bicentennial Summer of '76.

America, 1976: colorful, complex, and combustible. It was a year of Bicentennial celebrations and presidential primaries, of Olympic glory and busing riots, of “killer bees” hysteria and Pong fever. For both the nation and the national pastime, the year was revolutionary, indeed. On the diamond, Thurman Munson led the New York Yankees to their first World Series in a dozen years, but it was Joe Morgan and Cincinnati’s “Big Red Machine” who cemented a dynasty with their second consecutive World Championship. Sluggers Mike Schmidt and Dave Kingman dominated the headlines, while rookie sensation Mark “The Bird” Fidrych started the All-Star Game opposite Randy “Junkman” Jones. The season was defined by the outrageous antics of team owners Bill Veeck, Ted Turner, George Steinbrenner, and Charlie Finley, as well as by several memorable bench-clearing brawls, and a batting title race that became just as contentious as the presidential race.

Meanwhile, as the nation erupted in a red-white-and-blue explosion saluting its two-hundredth year of independence, Major League Baseball players waged a war for their own liberties by demanding free agency. From the road to the White House to the shorts-wearing White Sox, Stars and Strikes tracks the tumultuous year after which the sport—and the nation—would never be the same. 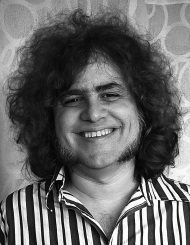 Dan Epstein is an award-winning journalist who has written for Rolling Stone, MOJO, the LA Times, Guitar World, Revolver, eMusic, The Jewish Daily Forward, and dozens of other print and online outlets. Epstein has worked as a producer at VH-1, an editor at Revolver magazine and the now-defunct ShockHound.com, and is the author of Stars and Strikes: Baseball and America in the Bicentennial Summer of '76, Big Hair and Plastic Grass: A Funky Ride Through Baseball and America in the Swinging '70s, Honky-Tonk Tourist: The Night Buck Owens Almost Got Me Killed, and 20th Century Pop Culture.