Disrupted:
My Misadventure in the Start-Up Bubble

Harvard Book Store and WorkBar Cambridge welcome journalist and screenwriter DAN LYONS, co-producer for HBO's Silicon Valley, for a discussion of his book Disrupted: My Misadventure in the Start-Up Bubble.

For twenty-five years Dan Lyons was a magazine writer at the top of his profession—until one Friday morning when he received a phone call: Poof. His job no longer existed. "I think they just want to hire younger people," his boss at Newsweek told him. Fifty years old and with a wife and two young kids, Dan was, in a word, screwed. Then an idea hit. Dan had long reported on Silicon Valley and the tech explosion. Why not join it? HubSpot, a Boston start-up, was flush with $100 million in venture capital. They offered Dan a pile of stock options for the vague role of "marketing fellow." What could go wrong?

HubSpotters were true believers: They were making the world a better place . . . by selling email spam. The office vibe was frat house meets cult compound: The party began at four thirty on Friday and lasted well into the night; "shower pods" became hook-up dens; a push-up club met at noon in the lobby, while nearby, in the "content factory," Nerf gun fights raged. Groups went on "walking meetings," and Dan's absentee boss sent cryptic emails about employees who had "graduated" (read: been fired). In the middle of all this was Dan, exactly twice the age of the average HubSpot employee, and literally old enough to be the father of most of his co-workers, sitting at his desk on his bouncy-ball "chair."

Mixed in with Lyons's uproarious tale of his rise and fall at Hubspot is a trenchant analysis of the start-up world, a de facto conspiracy between those who start companies and those who fund them, a world where bad ideas are rewarded with hefty investments, where companies blow money lavishing perks on their post-collegiate workforces, and where everybody is trying to hang on just long enough to reach an IPO and cash out.

With a cast of characters that includes devilish angel investors, fad-chasing venture capitalists, entrepreneurs and "wantrapreneurs," bloggers and brogrammers, social climbers and sociopaths,Disrupted is a gripping and definitive account of life in the (second) tech bubble.

"Using his trademark wit and clear-eyed analysis, Dan Lyons has delivered a much-needed referendum on the current state of Silicon Valley. In wildly entertaining fashion, Disrupted explores the ways in which many technology companies have come to fool the public and themselves. Lyons has injected a dose of sanity into a world gone mad."—Ashlee Vance, New York Times-bestselling author of Elon Musk

"Dan 'Fake Steve' Lyons runs such a savage burn on his ex-employer, HubSpot, that the smoke can be seen clear across the country in Silicon Valley. Disrupted is fun, compulsively readable and just might tell us something important about the hypocrisy and cult-like fervor inside today's technology giants."—Brad Stone, New York Times-bestselling author of The Everything Store

"Dan Lyons goes deep inside a company that uses terms like 'world class marketing thought leaders' to show us how ridiculous, wasteful, and infantile tech start-ups like this can be. And best of all, Lyons does this with his trademark pejorative and hilarious tone."—Nick Bilton, New York Times technology columnist 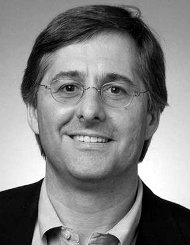 Dan Lyons is the New York Times bestselling author of Disrupted. He is also a novelist, journalist, screenwriter, and public speaker. He was a staff writer on the first two seasons of the Emmy-winning HBO series Silicon Valley. Previously, Lyons was technology editor at Newsweek and the creator of the groundbreaking viral blog "The Secret Diary of Steve Jobs" (AKA "Fake Steve Jobs"). Lyons has written for the New York Times Magazine, GQ, Vanity Fair, and Wired. He lives in Winchester, MA.

UPDATE: This event is now at capacity. Please note, there will be a standby line at the door of the event. We are often able to accommodate additional attendees from a standby line for sold out events. View our Sold Out Event FAQ for more information.

Books bundled with pre-registration tickets may only be picked up at the venue the night of the event, and cannot be picked up in-store beforehand. Registration only guarantees entry until 6:55pm.