Set in a culturally diverse Brooklyn, Shadowhouse Fall once again follows Afro-Latina teen Sierra and her daring clique. Sierra loves her new life of creating art and communing with the spirits of her neighborhood—she is ready to take her power to another level and start making real-world changes. Drawn deeper into the magical world, the shadowshapers now face a deadly battle against ancient enemies like The Hound who look to destroy all the magic-wielders in New York City. And there are all-too-real oppressive political and social forces hounding them as well. Is Sierra willing to risk the lives of her family and friends to continue on her new shadowshaper path?

"A magical revolution on the page." —Leigh Bardugo

"Older leaves us openmouthed and speechless, asking 'What just happened to me?!'" —Jacqueline Woodson

"I turned pages so quickly I got paper cuts." —NPR

"Older knows that today's young people are just as magical as his characters." —Teen Vogue

"Older paints a compelling picture of contemporary life for black and brown teens in cities: Afro-Latinx Sierra and her friends deal with police harassment and brutality, both on the streets of Bed-Stuy and at school, themes that feels especially timely and relevant.... Older excels at crafting teen dialogue that feels authentic, and props to everyone involved for not othering the Spanish language. This second volume features a tighter plot and smoother pacing than the first, and the ending will leave readers eagerly awaiting the further adventures of Sierra and her friends. Lit." —Kirkus Review 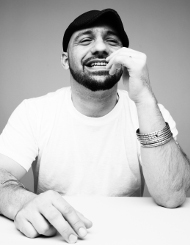 Daniel José Older is the award-winning author of both YA and adult books. The Book of Lost Saints, Older’s evocative multigenerational Cuban-American family story will be published in November 2019. His bestselling young adult novel, Shadowshaper, was a New York Times Best Book of the Year. His other books include Dactyl Hill Squad, Shadowhouse Fall, Star Wars: Last Shot, and the Bone Street Rumba novels. Winner of the International Latino Book Award, he has been nominated for the Kirkus Prize, the Locus and World Fantasy Awards, and the Andre Norton Award.