The Most Dangerous Branch:
Inside the Supreme Court's Assault on the Constitution

Harvard Book Store and Mass Humanities welcome award-winning journalist DAVID A. KAPLAN—former legal affairs editor at Newsweek—for a discussion of his latest book, The Most Dangerous Branch: Inside the Supreme Court's Assault on the Constitution.

About The Most Dangerous Branch

With the retirement of Justice Anthony Kennedy, the Court has never before been more central in American life. It is the nine justices who too often now decide the controversial issues of our time—from abortion and same-sex marriage, to gun control, campaign finance and voting rights. The Court is so crucial that many voters in 2016 made their choice based on whom they thought their presidential candidate would name to the Court. Donald Trump picked Neil Gorsuch—the key decision of his new administration. The next justice—replacing Anthony Kennedy—will be even more important, holding the swing vote over so much social policy. Is that really how democracy is supposed to work?

Based on exclusive interviews with the justices and dozens of their law clerks, Kaplan provides fresh details about life behind the scenes at the Court—Clarence Thomas’s simmering rage, Antonin Scalia’s death, Ruth Bader Ginsburg’s celebrity, Breyer Bingo, the petty feuding between Gorsuch and the chief justice, and what John Roberts thinks of his critics.

Kaplan presents a sweeping narrative of the justices’ aggrandizement of power over the decades—from Roe v. Wade to Bush v. Gore to Citizens United, to rulings during the 2017-18 term. But the arrogance of the Court isn’t partisan: Conservative and liberal justices alike are guilty of overreach. Challenging conventional wisdom about the Court’s transcendent power, The Most Dangerous Branch is sure to rile both sides of the political aisle.

“David Kaplan has an inquiring mind and a lively style. He also has some incredible sources inside the Court who have helped him open a window on the inner workings of the most opaque branch of our government. At a moment when the Court’s future hangs in the balance because of the retirement of Justice Kennedy, this book is important, even urgent (and it has plenty of dish, too).” —Daniel Okrent, author of Last Call: The Rise and Fall of Prohibition

“This is a book for our times. As the Supreme Court has become a focus of elections, confirmation battles and partisan decisions, The Most Dangerous Branch tells the story, in a compelling way, of the “triumphalism” of the justices, both liberal and conservative. It warns against the increasing power of what was supposed to be the least dangerous branch—nine unelected judges who allocate to themselves decision-making authority over issues that should be left to the elected branches. Read it and start worrying. Then demand change.” —Alan Dershowitz, Professor Emeritus at Harvard Law School and author of The Case Against Impeaching Trump

“David Kaplan mixes the gifts of a colorful storyteller with the incisiveness of a first-class legal brief. Read this book for an original argument on a judicial power grab and to find out why Neil Gorsuch is ‘like an eight-year-old in a counter-revolutionary candy store.’” —Jonathan Alter, author of The Center Holds: Obama and His Enemies 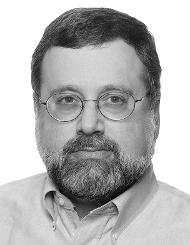 David A. Kaplan is the former legal affairs editor of Newsweek, where he covered the Supreme Court for a decade. His other books include The Silicon Boys (a New York Times bestseller that was translated into six languages), The Accidental President (an account of the 2000 election on which HBO’s Recount was partially based), and Mine’s Bigger (a biography of the largest sailboat in the world that won the Loeb Award for Best Business Book of 2008). He teaches courses in journalism and ethics at NYU. He and his family live in Irvington-on-Hudson, New York.