Civil Wars:
A History in Ideas

Harvard Book Store and Mass Humanities welcome Harvard's Lloyd C. Blankfein Professor of History DAVID ARMITAGE, author of The Declaration of Independence: A Global History, for a discussion of his latest book, Civil Wars: A History in Ideas.

A highly original history, tracing the least understood and most intractable form of organized human aggression from Ancient Rome through the centuries to the present day.

We think we know civil war when we see it. Yet ideas of what it is, and what it isn’t, have a long and contested history, from its fraught origins in republican Rome to debates in early modern Europe to our present day. Defining the term is acutely political, for ideas about what makes a war “civil” often depend on whether one is a ruler or a rebel, victor or vanquished, sufferer or outsider. Calling a conflict a civil war can shape its outcome by determining whether outside powers choose to get involved or stand aside: from the American Revolution to the war in Iraq, pivotal decisions have depended on such shifts of perspective.

The age of civil war in the West may be over, but elsewhere in the last two decades it has exploded—from the Balkans to Rwanda, Burundi, Somalia, and Sri Lanka, and most recently Syria. And the language of civil war has burgeoned as democratic politics has become more violently fought. This book’s unique perspective on the roots and dynamics of civil war, and on its shaping force in our conflict-ridden world, will be essential to the ongoing effort to grapple with this seemingly interminable problem.

"Learned . . . Indispensable . . . [Armitage’s] book is a model of its kind: concise, winningly written, clearly laid out, trenchantly argued . . . His conclusion is sobering: human societies may never be without this kind of conflict, and we’re better off trying to understand it than ignoring its problematic nature. It’s hard to imagine a more timely work for today." —Publisher’s Weekly, starred review

"A probing examination of the history of civil war and why it matters to define it precisely . . . an erudite work by a top-shelf scholar." —Kirkus

"Civil wars, bloody and long-lasting, are the worst source of violent conflict in the world today. In this dazzling book, David Armitage illuminates this ancient scourge with fresh insight. Ranging from Rome to the American Civil War to Rwanda, powerfully using thinkers from Cicero to Rawls to make sense of centuries of revolutionary and nationalist turmoil, Civil Wars fully achieves the promise of a genuinely international history. Packed with wisdom and learning, elegantly written and vigorously argued, this is a magnificent field guide to our current crises in Syria and elsewhere." —Gary Bass, author of The Blood Telegram: Nixon, Kissinger and a Forgotten Genocide 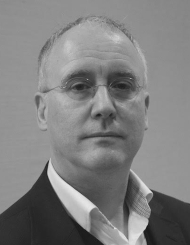 David Armitage is the Lloyd C. Blankfein Professor of History at Harvard University and an Affiliated Faculty Member at Harvard Law School. A prize-winning writer and teacher, he is the author or editor of eighteen books, among them Civil Wars: A History in Ideas, Foundations of Modern International Thought, and The Declaration of Independence: A Global History.