The Perfect Weapon:
War, Sabotage, and Fear in the Cyber Age

About The Perfect Weapon

In the wake of indictments of Russian hackers and Donald Trump’s baffling performance at his Helsinki summit with Vladimir Putin, no book better explains the profound, powerful trajectory of cyber warfare between the US and Russia than David Sanger’s The Perfect Weapon. The 2016 election hacks turn out to be just the beginning: before that, the Russians not only had broken into networks at the White House, the State Department, and the Joint Chiefs of Staff, but had placed implants in American electrical and nuclear plants that could give them the power to switch off vast swaths of the country. This was the culmination of a decade of escalating digital sabotage among the world’s powers, in which Americans became the collateral damage as China, Iran, North Korea, and Russia battled in cyberspace to undercut one another in daily just-short-of-war conflict.

The Perfect Weapon is the startling inside story of how the rise of cyberweapons transformed geopolitics like nothing since the invention of the atomic bomb. Cheap to acquire, easy to deny, and usable for a variety of malicious purposes—from crippling infrastructure to sowing discord and doubt—cyber is now the weapon of choice for democracies, dictators, and terrorists. Two presidents—Bush and Obama—drew first blood with Operation Olympic Games, which used malicious code to blow up Iran’s nuclear centrifuges, and yet America proved remarkably unprepared when its own weapons were stolen from its arsenal and, during President Trump’s first year, turned back on the US and its allies. The government was often paralyzed, unable to threaten the use of cyberweapons because America was so vulnerable to crippling attacks on its own networks of banks, utilities, and government agencies.

Moving from the White House Situation Room to the dens of Chinese government hackers to the boardrooms of Silicon Valley, New York Times national security correspondent David Sanger—who broke the story of Olympic Games in his previous book—reveals a world coming face-to-face with the perils of technological revolution. Now in paperback, The Perfect Weapon is the dramatic story of how great and small powers alike slipped into a new era of constant sabotage, misinformation, and fear, in which everyone is a target.

"[Sanger’s] description of the cyber portion of Russia’s interference in the 2016 presidential election is thorough and convincing. It ought to be required reading for anyone who doubts the extent and seriousness of the Russian effort . . . the most comprehensive, readable source of information and insight about the policy quandaries that modern information technology and its destructive potential have spawned.” —New York Times

“Timely and bracing . . . With the deep knowledge and bright clarity that have long characterized his work, Sanger recounts the cunning and dangerous development of cyberspace into the global battlefield of the 21st century . . . A reader finishes this book fully understanding why cyberwar has moved rapidly to the top of America’s official list of national security threats. And why, for the first time in three generations, this nation’s power in the world is seriously threatened.” —David Von Drehle, Washington Post

"This encyclopedic account by a Times correspondent traces the rapid rise of cyberwarfare capabilities and warns that ideas about how to control them are only beginning to emerge." —New York Times Book Review (Editor's Choice) 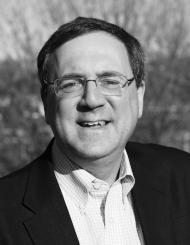 David E. Sanger is national security correspondent for the New York Times and the bestselling author of The Inheritance and Confront and Conceal. He has been a member of three teams that won the Pulitzer Prize, including in 2017 for international reporting. A regular contributor to CNN, he also teaches national security policy at Harvard’s Kennedy School of Government.