The Odyssey of Phillis Wheatley:
A Poet's Journeys Through American Slavery and Independence

Harvard Book Store welcomes DAVID WALDSTREICHER—author and history teacher at the City University of New York Graduate Center—for a discussion of his new biography The Odyssey of Phillis Wheatley: A Poet's Journeys Through American Slavery and Independence. He will be joined in conversation by ANNETTE GORDON-REED—author and Carl M. Loeb University Professor at Harvard University.

About The Odyssey of Phillis Wheatley

Admired by George Washington, ridiculed by Thomas Jefferson, published in London, and read far and wide, Phillis Wheatley led one of the most extraordinary American lives. Seized in West Africa and forced into slavery as a child, she was sold to a merchant family in Boston, where she became a noted poet at a young age. Mastering the Bible, Greek and Latin translations, and the works of Pope and Milton, she composed elegies for local elites, celebrated political events, praised warriors, and used her verse to variously lampoon, question, and assert the injustice of her enslaved condition. “Can I then but pray / Others may never feel tyrannic sway?” By doing so, she added her voice to a vibrant, multisided conversation about race, slavery, and discontent with British rule; before and after her emancipation, her verses shook up racial etiquette and used familiar forms to create bold new meanings. She demonstrated a complex but crucial fact of the times: that the American Revolution both strengthened and limited Black slavery.

In this new biography, the historian David Waldstreicher offers the fullest account to date of Wheatley’s life and works, correcting myths, reconstructing intimate friendships, and deepening our understanding of her verse and the revolutionary era. Throughout The Odyssey of Phillis Wheatley, he demonstrates the continued vitality and resonance of a woman who wrote, in a founding gesture of American literature, “Thy Power, O Liberty, makes strong the weak / And (wond’rous instinct) Ethiopians speak.”

Praise for The Odyssey of Phillis Wheatley

“David Waldstreicher's biography of Phillis Wheatley is essential reading about a poet known so well by her name, and yet so little known by the facts, motivations, and nuances of her extraordinary life and her art. As Waldstreicher beautifully states in this turn-pager: ‘she's Homer and Odysseus and the slaves and the women they knew or imagined.’ The Odyssey of Phillis Wheatley is a must-read about one of America's most remarkable and least understood poets. This is not only the story of a remarkable revolutionary poet; it is also―amid its triumphs and tragedies―an American saga.” ―Rowan Ricardo Phillips, author of Living Weapon and When Blackness Rhymes with Blackness

"David Waldstreicher has done something truly magical in this deeply historical, deeply literary biography of Phillis Wheatley. He has recovered her poetical voice (and a treasure trove of her long-forgotten anonymous poems) within the complex world of eighteenth-century slavery and revolution. Anyone who wishes to understand Wheatley and her unique insights into why slavery dominated America’s revolutionary thinking must read this thoughtful, incredibly smart, eye-opening book." ―Nancy Isenberg, author of White Trash: The 400-Year Untold History of Class in America and Fallen Founder: The Life of Aaron Burr

"This remarkable book connects the age of revolution and the worlds of Atlantic slavery not just through impressive historical research but through deft attention to Phillis Wheatley's oft-disdained poetry. Her ostensibly stiff Augustan verses make the connection. Heroic couplets indeed!" ―Laurel Thatcher Ulrich, author of A House Full of Females and A Midwife's Tale 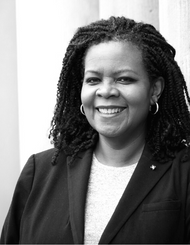 Annette Gordon-Reed is the Carl M. Loeb University Professor at Harvard University. Gordon-Reed won 16 book prizes, including the Pulitzer Prize and the National Book Award, for The Hemingses of Monticello: An American Family (2008). She is the author of six books, and editor of two. She was the Vyvyan Harmsworth Visiting Professor of American History at the University of Oxford (Queen’s College) 2014-2015, and was appointed an Honorary Fellow at Queen’s in 2021. Gordon-Reed served as the 2018-2019 President of the Society for Historians of the Early American Republic, and is currently president of the Ames Foundation. Her honors include fellowships from the Guggenheim and MacArthur Foundations, and the National Humanities Medal. She is a fellow of the American Academy of Arts and Sciences, the American Philosophical Society, and the British Academy. 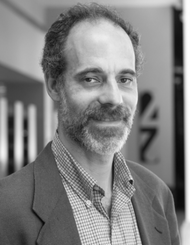 David Waldstreicher teaches history at the City University of New York Graduate Center and is the author of Slavery’s Constitution: From Revolution to Ratification and Runaway America: Benjamin Franklin, Slavery, and the American Revolution. He has written for The New York Times Book Review, Boston Review, and The Atlantic, among other publications.