A Disappearance in Damascus:
Friendship and Survival in the Shadow of War

Harvard Book Store welcomes foreign correspondent DEBORAH CAMPBELL for a discussion of her prize-winning book, A Disappearance in Damascus: Friendship and Survival in the Shadow of War.

About A Disappearance in Damascus

In the midst of an unfolding international crisis, renowned journalist Deborah Campbell finds herself swept up in the mysterious disappearance of Ahlam, her guide and friend. Campbell’s frank, personal account of a journey through fear and the triumph of friendship and courage is as riveting as it is illuminating.

The story begins in 2007, when Deborah Campbell travels undercover to Damascus to report on the exodus of Iraqis into Syria, following the overthrow of Saddam Hussein. There she meets and hires Ahlam, a refugee working as a “fixer”―providing Western media with trustworthy information and contacts to help get the news out. Ahlam has fled her home in Iraq after being kidnapped while running a humanitarian center. She supports her husband and two children while working to set up a makeshift school for displaced girls. Strong and charismatic, she has become an unofficial leader of the refugee community.

Campbell is inspired by Ahlam’s determination to create something good amid so much suffering, and the two women become close friends. But one morning, Ahlam is seized from her home in front of Campbell’s eyes. Haunted by the prospect that their work together has led to her friend’s arrest, Campbell spends the months that follow desperately trying to find Ahlam―all the while fearing she could be next.

The compelling story of two women caught up in the shadowy politics behind today’s most searing conflict, A Disappearance in Damascus reminds us of the courage of those who risk their lives to bring us the world’s news.

"In this compelling, moving book, Deborah Campbell unearths so much of what could have disappeared in Damascus—the outcome of the misguided and illegal war on Iraq, a fractured refugee community, reporters risking their lives to get the news out—but mainly the story of Ahlam: a brave, ironic, brilliant Iraqi fixer who bridges worlds and is mother to a community. This is a book about the power of friendship between women, about raw courage, and the political and deeply personal devastations of war." —Eve Ensler, author of In the Body of the World and The Vagina Monologues

"Gripping, inspiring, and at times intensely sorrowful, A Disappearance in Damascus provides a portrait of tremendous courage and resourcefulness within the community of Iraqi war survivors in Syria, the devastation war wreaks upon civilians, and a remarkable friendship between two women." —Phil Klay, National Book Award–winning author of Redeployment

"In a seamless blend of storytelling and reportage, Deborah Campbell’s A Disappearance in Damascus draws us into the struggles of Iraqi refugees settled in Syria after the fall of Baghdad. The principal character, an Iraqi ‘fixer’ who is also a grieving mother and a nurturing humanitarian, is taken by secret police. Campbell’s account of the search to find her, written with compelling prose, nuanced context, and intimate narration, illuminates the dangers of life and work in a conflict zone through a riveting tale of courage, loss, love, and friendship." —2016 Hilary Weston Writers' Trust Prize for Non-fiction jury (Carolyn Abraham, Stephen Kimber, and Emily Urquhart) 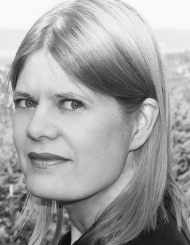 Deborah Campbell is an award-winning writer who has reported from many countries around the world, including Iran, Syria, Jordan, Egypt, Lebanon, Israel, Palestine, Mexico, Cuba, and Russia. Her work, much of which involves spending long periods of time in the societies she covers, has appeared in Harper’s, The Economist, The Guardian, New Scientist, and Foreign Policy, and she is the recipient of three National Magazine Awards for her foreign correspondence. A Disappearance in Damascus won the 2016 Hilary Weston Writers’ Trust Prize for Non-Fiction. She teaches at the University of British Columbia.