The Book of Life

The Penguin Book of Witches

in conversation with BRUNONIA BARRY

Harvard Book Store welcomes bestselling author of the All Souls Trilogy DEBORAH HARKNESS and author of The Physick Book of Deliverance Dane KATHERINE HOWE for a presentation of their books The Book of Life and The Penguin Book of Witches. Joining them in conversation is local Salem author BRUNONIA BARRY.

On The Book of Life:

Fans of the All Souls Trilogy sent this highly anticipated finale straight to #1 on the New York Times hardcover bestseller list. Bringing the series’ magic and suspense to a deeply satisfying conclusion, The Book of Life is poised to become an even bigger phenomenon in paperback.

Diana and Matthew time-travel back from Elizabethan London to make a dramatic return to the present—facing new crises and old enemies. At Matthew’s ancestral home, Sept-Tours, they reunite with the beloved cast of characters from A Discovery of Witches—with one significant exception. But the real threat to their future has yet to be revealed, and when it is, the search for Ashmole 782 and its missing pages takes on even more urgency.

On The Penguin Book of Witches:

The Penguin Book of Witches is the chilling real-life accounts of witches, from medieval Europe through colonial America, compiled by the New York Times bestselling author of The Physick Book of Deliverance Daneand Conversion

From a manual for witch hunters written by King James himself in 1597, to court documents from the Salem witch trials of 1692, to newspaper coverage of a woman stoned to death on the streets of Philadelphia while the Continental Congress met, The Penguin Book of Witches is a treasury of historical accounts of accused witches that sheds light on the reality behind the legends. Bringing to life stories like that of Eunice Cole, tried for attacking a teenage girl with a rock and buried with a stake through her heart; Jane Jacobs, a Bostonian so often accused of witchcraft that she took her tormentors to court on charges of slander; and Increase Mather, an exorcism-performing minister famed for his knowledge of witches, this volume provides a unique tour through the darkest history of English and North American witchcraft. 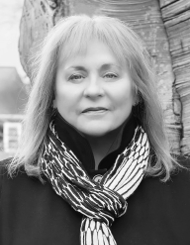 Brunonia Barry is the New York Times & international bestselling author of The Lace Reader, The Map of True Places, and her latest book, The Fifth Petal. Her work has been translated into more than thirty languages. She was the first American author to win the International Women’s Fiction Festival’s Baccante Award and was a past recipient of Ragdale Artists Colony’s Strnad Invitational Fellowship, as well as the winner of New England Book Festival’s award for Best Fiction. Her reviews and articles on writing have appeared in the London Times, the Washington Post, and the Huffington Post. Brunonia cochairs the Salem Athenaeum’s Writers’ Committee. She lives in Salem with her husband, Gary Ward, and their dog, Angel. Gary and Bru are the organizers of the Salem Literary Festival. 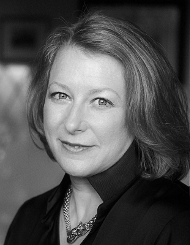 Deborah Harkness is the #1 New York Times bestselling author of A Discovery of Witches, Shadow of Night, and The Book of Life. A history professor at the University of Southern California, Harkness has received Fulbright, Guggenheim, and National Humanities Center fellowships. 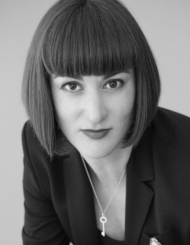 Katherine Howe is the author of the New York Times bestsellers The Physick Book of Deliverance Dane and The House of Velvet and Glass, as well as the young adult novels Conversion and The Appearance of Annie van Sinderen. She served as editor of The Penguin Book of Witches and her fiction has been translated into over twenty languages. Descended from three women who were tried for witchcraft in Salem, she and her family live in New England and New York City, where she is at work on her next novel.