The Infidel and the Professor:
David Hume, Adam Smith, and the Friendship That Shaped Modern Thought

Harvard Book Store and Mass Humanities welcome Tufts University's DENNIS C. RASMUSSEN for a discussion of his latest book, The Infidel and the Professor: David Hume, Adam Smith, and the Friendship That Shaped Modern Thought.

About The Infidel and the Professor

David Hume is widely regarded as the most important philosopher ever to write in English, but during his lifetime he was attacked as “the Great Infidel” for his skeptical religious views and deemed unfit to teach the young. In contrast, Adam Smith was a revered professor of moral philosophy, and is now often hailed as the founding father of capitalism. Remarkably, the two were best friends for most of their adult lives, sharing what Dennis Rasmussen calls the greatest of all philosophical friendships. The Infidel and the Professor is the first book to tell the fascinating story of the friendship of these towering Enlightenment thinkers―and how it influenced their world-changing ideas.

The book follows Hume and Smith’s relationship from their first meeting in 1749 until Hume’s death in 1776. It describes how they commented on each other’s writings, supported each other’s careers and literary ambitions, and advised each other on personal matters, most notably after Hume’s quarrel with Jean-Jacques Rousseau. Members of a vibrant intellectual scene in Enlightenment Scotland, Hume and Smith made many of the same friends (and enemies), joined the same clubs, and were interested in many of the same subjects well beyond philosophy and economics―from psychology and history to politics and Britain’s conflict with the American colonies. The book reveals that Smith’s private religious views were considerably closer to Hume’s public ones than is usually believed. It also shows that Hume contributed more to economics―and Smith contributed more to philosophy―than is generally recognized.

Vividly written, The Infidel and the Professor is a compelling account of a great friendship that had great consequences for modern thought.

"This engagingly written book tells the story of a remarkable friendship between two giants of eighteenth-century thought and heroes of the Scottish Enlightenment. Rasmussen is a historically and philosophically astute guide to the lives and ideas of Hume and Smith—as well as those of a large cast of supporting characters. His highly readable narrative offers great insights into an influential intellectual and social world." —Steven Nadler, author of A Book Forged in Hell: Spinoza’s Scandalous Treatise and the Birth of the Secular Age

"In this impressive account of the close relationship between the two giants of the Scottish Enlightenment, Dennis Rasmussen brings out the full significance of the warm lifelong friendship and intellectual dialogue between David Hume and Adam Smith." —Leo Damrosch, author of Jean-Jacques Rousseau: Restless Genius

"The Infidel and the Professor is the first book on the fascinating subject of the friendship between David Hume and Adam Smith. Masterfully weaving together the historical evidence, Dennis Rasmussen does justice to both the ideas of these two men and their larger social and intellectual context. The resulting account is erudite, absorbing, witty, and smoothly narrated." —Andrew Sabl, author of Hume's Politics 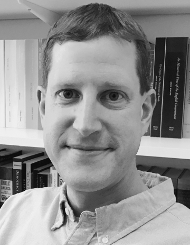 Dennis C. Rasmussen is associate professor of political science at Tufts University. His books include The Pragmatic Enlightenment. He lives in Charlestown, Massachusetts.