On the Other Side of Freedom:
The Case for Hope

in conversation with AYANNA PRESSLEY

Harvard Book Store welcomes acclaimed civil rights activist and community organizer DERAY MCKESSON—host of Pod Save the People—for a discussion of his debut book, On the Other Side of Freedom: The Case for Hope. He will be joined in conversation by Boston City Councilor AYANNA PRESSLEY, the Democratic nominee to represent Massachusetts’ 7th Congressional District in Congress. She will be the first woman of color to represent Massachusetts in Congress.

Books included with tickets are pre-signed editions of On the Other Side of Freedom, specially bound by the publisher. This event does not include a book signing, and the author will not be personalizing copies of the book. In lieu of personalization, there will be a photo line after the event.

We unfortunately will not be able to accommodate orders for signed books. Additional copies of On the Other Side of Freedom will be available for purchase at the event but will not be signed.

About On the Other Side of Freedom

In August of 2014, twenty-nine-year-old activist DeRay Mckesson stood with hundreds of others on the streets of Ferguson, Missouri, to push a message of justice and accountability. These protests, and others like them in cities across the country, resulted in the birth of the Black Lives Matter movement. Now, in his first book, Mckesson lays out the intellectual, pragmatic political framework for a new liberation movement. Continuing a conversation about activism, resistance, and justice that embraces our nation's complex history, he dissects how deliberate oppression persists, how racial injustice strips our lives of promise, and how technology has added a new dimension to mass action and social change. He argues that our best efforts to combat injustice have been stunted by the belief that racism's wounds are history, and suggests that intellectual purity has curtailed optimistic realism. The book offers a new framework and language for understanding the nature of oppression. With it, we can begin charting a course to dismantle the obvious and subtle structures that limit freedom.

Honest, courageous, and imaginative, On the Other Side of Freedom is a work brimming with hope. Drawing from his own experiences as an activist, organizer, educator, and public official, Mckesson exhorts all Americans to work to dismantle the legacy of racism and to imagine the best of what is possible. Honoring the voices of a new generation of activists, On the Other Side of Freedom is a visionary's call to take responsibility for imagining, and then building, the world we want to live in.

"By turns lyrical reflection and practical handbook, On the Other Side of Freedom reveals the mind and motivations of a young man who has risen to the fore of millennial activism through study, discipline, and conviction. His belief in a world that can be made better, one act at a time, powers his narratives and opens up a view on the costs, consequences, and rewards of leading a movement." —Henry Louis Gates, Jr.

“In this thoughtful collection of essays, activist and podcaster Mckesson reflects on what he’s learned from protest, family upheaval, racial inequality, homophobia, community organizing, abuse, and love . . . Calmly but with conviction, he lays out a philosophy of future-oriented action . . . a welcoming, accessible, and inspiring entrance point to social justice work.” —Publishers Weekly 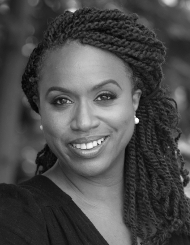 Ayanna Pressley is an advocate, a policy-maker, an activist, and survivor. In 2009, she won election to the Boston City Council, marking the first time a woman of color was elected to the Council in its 100-year history. On September 4th 2018, Ayanna's Congressional campaign won a decisive 16 point victory. She is now the Democratic nominee to represent Massachusetts’ 7th Congressional District in Congress and facing no challenger in the general election, the presumptive next Congresswoman from the MA 7th. She will be the first woman of color to represent Massachusetts in Congress. 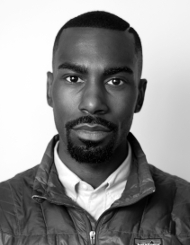 DeRay Mckesson is a civil rights activist, community organizer, and the host of Crooked Media's Pod Save the People. Starting his career as an educator, he came to prominence for his role in documenting the Ferguson protests, and for publicly advocating for justice for the victims of police violence as well as for the end of mass incarceration. He was named #11 on Fortune's World's Greatest Leaders list and Harvard's Black Man of the Year in 2016, among many other accolades. A leading voice in the Black Lives Matter movement and the co-founder of Campaign Zero, a policy platform to end police violence, he lives in Baltimore, Maryland.