Not All Dead White Men:
Classics and Misogyny in the Digital Age

Harvard Book Store and Mass Humanities welcome classicist DONNA ZUCKERBERG—founder and Editor-in-Chief of Eidolon, a prize-winning online Classics magazine—for a discussion of her latest book, Not All Dead White Men: Classics and Misogyny in the Digital Age.

About Not All Dead White Men

A virulent strain of antifeminism is thriving online that treats women’s empowerment as a mortal threat to men and to the integrity of Western civilization. Its proponents cite ancient Greek and Latin texts to support their claims―arguing that they articulate a model of masculinity that sustained generations but is now under siege.

Donna Zuckerberg dives deep into the virtual communities of the far right, where men lament their loss of power and privilege and strategize about how to reclaim them. She finds, mixed in with weightlifting tips and misogynistic vitriol, the words of the Stoics deployed to support an ideal vision of masculine life. On other sites, pickup artists quote Ovid’s Ars Amatoria to justify ignoring women’s boundaries. By appropriating the Classics, these men lend a veneer of intellectual authority and ancient wisdom to their project of patriarchal white supremacy. In defense or retaliation, feminists have also taken up the Classics online, to counter the sanctioning of violence against women.

Not All Dead White Men reveals that some of the most controversial and consequential debates about the legacy of the ancients are raging not in universities but online.

“A chilling account of trolling, misogyny, racism, and bad history proliferated online by the Alt-Right, bolstered by the apparent authority of Greek and Latin Classics. Zuckerberg makes a persuasive case for why we need a new, more critical, and less comfortable relationship between the ancient and modern worlds in this important and very timely book.” ―Emily Wilson, translator of The Odyssey

“Zuckerberg characterizes the ‘Red Pill’ online community as the corner of the internet dominated by men’s-rights activists, the alt-right, pickup artists, and the sex-eschewing communities known as Men Going Their Own Way . . . Virtually all these subgroups appropriate classical literature for their own purposes.” ―Atlantic

“The book is an achievement . . . An admirable foray into the difficult and often distressing terrain of far-right politics, and an important contribution to the growing collection of essays, archives, and discussions centered on the place of classics in today’s thorny political landscape.” ―Times Literary Supplement 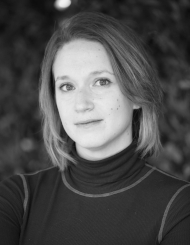 Donna Zuckerberg is a Silicon Valley–based classicist who received her doctoral training at Princeton University. She is the founder and Editor-in-Chief of Eidolon, a prize-winning online Classics magazine.