Thinking in an Emergency

Harvard Book Store is very pleased to welcome acclaimed Harvard professor ELAINE SCARRY as she discusses her newest book, Thinking in an Emergency, an entry in the Amnesty International Global Ethics Series.

For sixty years, modern democratic governments have undermined democracy and increased executive power by invoking the idea of emergency. They have bypassed constitutional provisions concerning presidential succession, the declaration of war, the use of torture, civilian surveillance, and the arrangements for nuclear weapons. In the desire for swift national action, we citizens devalue thinking and ignore ways to check government power, plunging our countries into a precarious state between monarchy and democracy. Drawing on the work of philosophers, neuroscientists, and artists, Elaine Scarry proves decisively that thinking and rapid action are compatible. Practices that we dismiss as mere habit and protocol instead represent rigorous, effective modes of thought that we must champion in times of crisis. Scarry’s bold claim on behalf of fundamental democratic principles will enliven and enrich the ongoing debate about leadership. 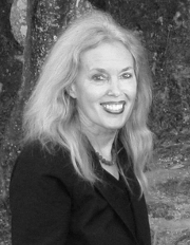 Elaine Scarry is the Cabot Professor of Aesthetics and the General Theory of Value at Harvard University. Her book The Body in Pain was a National Book Critics Circle Award finalist. She lives in Cambridge, Massachusetts.