Green on Blue:
A Novel

Aziz and his older brother Ali are coming of age in a village amid the pine forests and endless mountains of eastern Afghanistan. There is no school, but their mother teaches them to read and write, and once a month sends the boys on a two-day journey to the bazaar. They are poor, but inside their mud-walled home, the family has stability, love, and routine.

When a convoy of armed men arrives in their village one day, their world crumbles. The boys survive and make their way to a small city, where they sleep among other orphans. They learn to beg, and, eventually, they earn work and trust from the local shopkeepers. Ali saves their money and sends Aziz to school at the madrassa, but when US forces invade the country, militants strike back. A bomb explodes in the market, and Ali is brutally injured.

In the hospital, Aziz meets an Afghan wearing an American uniform. To save his brother, Aziz must join the Special Lashkar, a US-funded militia. No longer a boy, but not yet a man, he departs for the untamed border. Trapped in a conflict both savage and entirely contrived, Aziz struggles to understand his place. Will he embrace the brutality of war or leave it behind, and risk placing his brother—and a young woman he comes to love—in jeopardy?

Having served five tours of duty in Afghanistan and Iraq, Elliot Ackerman has written a gripping, morally complex debut novel, an astonishing feat of empathy and imagination about boys caught in a deadly conflict.

“In all too many accounts of the Afghan War, the Afghan people caught in the cross-fire are rendered invisible. Elliot Ackerman's eye-opening Green on Blue places them front and center, taking us into the life of a Pashtun orphan navigating the impossible choices offered to him by the brutal realities of his war-torn country. An incisive and moving glimpse into the human consequences of decades of conflict.” —Phil Klay, author of Redeployment 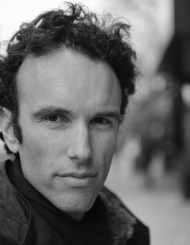