Red Dress in Black and White:
A Novel

in conversation with MATT GALLAGHER

Harvard Book Store's virtual event series welcomes ELLIOT ACKERMAN—author of the novels Waiting for Eden and Dark at the Crossing—for a discussion of his latest novel, Red Dress in Black and White. He will be joined in conversation by MATT GALLAGHER, author of the acclaimed novel Youngblood. His latest novel, Empire City, is available for purchase here.

While payment is not required, we are suggesting a $3 contribution to support this author series, our staff, and the future of Harvard Book Store—a locally owned, independently run Cambridge institution. In addition, by purchasing a copy of Red Dress in Black and White from our affiliate Bookshop page, you support indie bookselling and the writing community during this difficult time.

About Red Dress in Black and White

Catherine has been married for many years to Murat, an influential Turkish real estate developer, and they have a young son together, William. But when she decides to leave her marriage and return home to the United States with William and her photographer lover, Murat determines to take a stand. He enlists the help of an American diplomat to prevent his wife and child from leaving the country—but, by inviting this scrutiny into their private lives, Murat becomes only further enmeshed in a web of deception and corruption.

As the hidden architecture of these relationships is gradually exposed, we learn the true nature of a cast of struggling artists, wealthy businessmen, expats, spies, a child pulled in different directions by his parents, and, ultimately, a society in crisis. Riveting and unforgettably perceptive, Red Dress in Black and White is a novel of personal and political intrigue that casts light into the shadowy corners of a nation on the brink.

Praise for Red Dress in Black and White

“This absolutely riveting novel moves rapidly . . . An attention-grabbing, cleverly plotted, character-driven yarn . . . In Agatha Christie fashion, Ackerman gathers his characters for what appears to be the grand finale but saves the true reveal for the very end.” —Michael Russo, Library Journal

“Ackerman’s trademark prose evocatively captures the strained nature of contemporary Turkish life . . . Deftly hints at a shadowy world that exists just out of frame and is one that lives long in the memory.” —Alexander Moran, Booklist

“Red Dress in Black and White asks thought-provoking questions about the place of power both in love and in politics. For those who witnessed it, it is impossible to forget Gezi; same goes for this book.” —Özgür Mumcu, bestselling author of Peace Machine 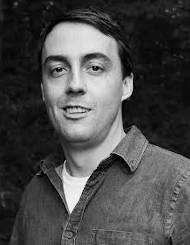 Matt Gallagher is a former U.S. Army captain and veteran of the Iraq War. He is the author of the novel Youngblood, which was a finalist for the 2016 Dayton Literary Peace Prize. He's also the author of the Iraq memoir Kaboom and coeditor of, and contributor to, the short fiction collection Fire & Forget: Short Stories from the Long War. His work has appeared in the New York Times, the Atlantic, Esquire, the Paris Review Daily, and Wired, among other places.