The Crisis of the Middle-Class Constitution:
Why Economic Inequality Threatens Our Republic

Harvard Book Store welcomes Vanderbilt Law School's GANESH SITARAMAN, author of The Counterinsurgent's Constitution, for a discussion of his latest book, The Crisis of the Middle-Class Constitution: Why Economic Inequality Threatens Our Republic.

About The Crisis of the Middle-Class Constitution

In this original, provocative contribution to the debate over economic inequality, Ganesh Sitaraman argues that a strong and sizable middle class is a prerequisite for America’s constitutional system.

For most of Western history, Sitaraman argues, constitutional thinkers assumed economic inequality was inevitable and inescapable—and they designed governments to prevent class divisions from spilling over into class warfare. The American Constitution is different. Compared to Europe and the ancient world, America was a society of almost unprecedented economic equality, and the founding generation saw this equality as essential for the preservation of America’s republic. Over the next two centuries, generations of Americans fought to sustain the economic preconditions for our constitutional system. But today, with economic and political inequality on the rise, Sitaraman says Americans face a choice: Will we accept rising economic inequality and risk oligarchy or will we rebuild the middle class and reclaim our republic?

The Crisis of the Middle-Class Constitution is a tour de force of history, philosophy, law, and politics. It makes a compelling case that inequality is more than just a moral or economic problem; it threatens the very core of our constitutional system.

"Ganesh Sitaraman is a bold and visionary thinker whose new book, The Crisis of the Middle Class Constitution, shows that the disappearing American dream is more than a policy problem—it is a constitutional crisis. In our age of growing inequality, the stakes couldn’t be higher. Every American needs to read this book." —Senator Elizabeth Warren

"What Piketty was to economics, this book is to our constitutional tradition. Sitaraman uncovers the lost essence to our constitutional past, and renders it as important today as it ever was. His beautifully written and powerfully argued book will change the discourse of constitutionalism—for the better." —Lawrence Lessig, author of Republic, Lost, and Furman Professor of Law and Leadership at Harvard Law School

"Ganesh Sitaraman has reached broadly into history, economics, and politics to provoke concern about the risks that wealth inequality poses to the stability of our constitutional system. This is a brilliantly inventive argument, especially sobering in light of the populism of the right and the left during the last presidential election." —David K. Shipler, author of The Working Poor: Invisible in America 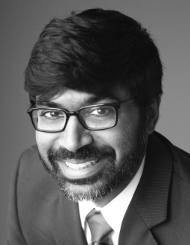 Ganesh Sitaraman is Professor of Law and Director at the Program on Law and Government at Vanderbilt Law School. He is also the co-founder and Director of Policy for the Great Democracy Initiative and a columnist at The Guardian US. He served as Policy Director for Elizabeth Warren during her successful Senate campaign and as her Senior Counsel in the Senate. He is the author of The Crisis of the Middle-Class Constitution: Why Economic Inequality Threatens Our Republic, a New York Times Notable Book.