Liberty and Coercion:
The Paradox of American Government from the Founding to the Present

Harvard Book Store and Mass Humanities welcome historian GARY GERSTLE for a discussion of his book Liberty and Coercion: The Paradox of American Government from the Founding to the Present.

About Liberty and Coercion

American governance is burdened by a paradox. On the one hand, Americans don't want "big government" meddling in their lives; on the other hand, they have repeatedly enlisted governmental help to impose their views regarding marriage, abortion, religion, and schooling on their neighbors. These contradictory stances on the role of public power have paralyzed policymaking and generated rancorous disputes about government's legitimate scope. How did we reach this political impasse? Historian Gary Gerstle, looking at two hundred years of U.S. history, argues that the roots of the current crisis lie in two contrasting theories of power that the Framers inscribed in the Constitution.

One theory shaped the federal government, setting limits on its power in order to protect personal liberty. Another theory molded the states, authorizing them to go to extraordinary lengths, even to the point of violating individual rights, to advance the "good and welfare of the commonwealth." The Framers believed these theories could coexist comfortably, but conflict between the two has largely defined American history. Gerstle shows how national political leaders improvised brilliantly to stretch the power of the federal government beyond where it was meant to go—but at the cost of giving private interests and state governments too much sway over public policy. The states could be innovative, too. More impressive was their staying power. Only in the 1960s did the federal government, impelled by the Cold War and civil rights movement, definitively assert its primacy. But as the power of the central state expanded, its constitutional authority did not keep pace. Conservatives rebelled, making the battle over government's proper dominion the defining issue of our time.

From the Revolution to the Tea Party, and the Bill of Rights to the national security state, Liberty and Coercion is a revelatory account of the making and unmaking of government in America.

"Gary Gerstle is one of the country's best and most thoughtful historians. He specializes in shedding light on important parts of our national story that we have overlooked. After reading Liberty and Coercion you will never be able to think about our founding or our present in quite the same way. Gerstle shows persuasively how both impulses were present at the creation of our republic and how the states retained an enormous reservoir of coercive power long after the Bill of Rights was adopted. This is a genuinely pathbreaking work." —E. J. Dionne Jr., author of Souled Out and Our Divided Political Heart

"Terrific, engaging and deeply analytical. . . . An ambitious reinterpretation of American political history from the founding to the present." —New York Times Book Review 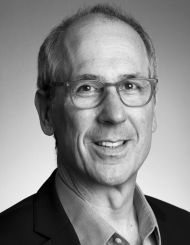 Gary Gerstle is the Paul Mellon Professor of American History at the University of Cambridge. His many books include American Crucible and The Rise and Fall of the New Deal Order (both Princeton). He lives in Cambridge, England, and Cambridge, Massachusetts.