in conversation with M.T. ANDERSON

In two volumes, Boxers & Saints tells two parallel stories. The first is of Little Bao, a Chinese peasant boy whose village is abused and plundered by Westerners claiming the role of missionaries. Little Bao, inspired by visions of the Chinese gods, joins a violent uprising against the Western interlopers. Against all odds, their grass-roots rebellion is successful.

But in the second volume, Yang lays out the opposite side of the conflict. A girl whose village has no place for her is taken in by Christian missionaries and finds, for the first time, a home with them. As the Boxer Rebellion gains momentum, she must decide whether to abandon her Christian friends or to commit herself fully to Christianity.

"A masterful work of historical fiction that happens to be in the form of a graphic novel, and a very accessible view into a complicated moment in Chinese history." —Dave Eggers

"In Boxers and Saints, Gene Luen Yang once again masterfully draws us into the most difficult issues of self-identity and communal understanding, with characters who struggle to act out of their deepest cultural and spiritual selves.  But when they find that their commitments lead them in terrible, frightening directions—one toward massacres, another toward martyrdom—they must ask questions for which there are no easy answers.  The brilliance of this novel—and I mean, aside from the brilliance in the telling of a major historical episode about which most North Americans know very little and which provides some critical lessons in political relationships—the brilliance lies in the merger of fast action and humor and very real characters and startling graphics with a shattering sense of the brokenness of the world and our terrible need for compassion.  Read this, and come away shaking." —Gary Schmidt, author of Okay for Now and The Wednesday Wars 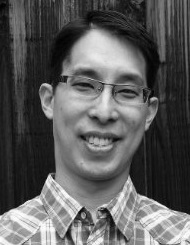 Gene Luen Yang began drawing comic books in the fifth grade. In 1997, he received a Xeric Grant for Gordon Yamamoto and the King of the Geeks, his first comics work. He has since written and drawn a number of titles, including Duncan’s Kingdom, The Rosary Comic Book, Prime Baby and Animal Crackers. American Born Chinese, his first graphic novel from First Second, was a National Book Award finalist, as well as the winner of the Printz Award and an Eisner Award. He also won an Eisner for The Eternal Smile, a collaboration with Derek Kirk Kim. Recently, he has been working on the comics series Avatar: The Last Airbender. 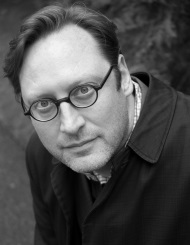 M. T. Anderson is the author of The Game of Sunken Places, Burger Wuss, Thirsty, and Feed, which was a finalist for the National Book Award, a Boston Globe-Horn Book Honor Book and the winner of the Los Angeles Times Book Prize for Young Adult Fiction.