in conversation with ARTHUR GOLDHAMMER

Harvard Book Store welcomes acclaimed writer and critic GEORGE SCIALABBA for a discussion of his latest book, Slouching Toward Utopia. He will be joined in conversation by ARTHUR GOLDHAMMER—writer, translator, and affiliate of Harvard's Center for European Studies.

About Slouching Toward Utopia

Slouching Toward Utopia is George Scialabba's fifth collection from Pressed Wafer, following What Are Intellectuals Good For? (2009), The Modern Predicament (2011), For The Republic (2013), and Low Dishonest Decades (2016). Like the others, Slouching Toward Utopia features trenchant commentary on contemporary politics and culture, couched in graceful and limpid prose. In addition to reviews of Samuel Huntington, Ivan Illich, Alexander Cockburn, and Mark Lilla, along with a dozen others, there is a symposium contribution on identity politics, two long interviews about intellectuals and American politics, and the title essay, a lecture offering an original meditation on how to get past the conventional wisdom about political morality and begin to at least stumble toward utopia.

Samuel Moyn has called George Scialabba "a national treasure of long standing" and "our preeminent chronicler of American public intellectuals," and says that "this new collection of his inimitable essays and reviews is one every serious reader needs."

Art Goldhammer calls Slouching Toward Utopia "a collection of elegant, erudite, eminently humane meditations . . . that illuminate these dark days of the Republic with admirable intellectual rigor. [Scialabba's] is a quiet voice that needs to be heard above the raucous cacophony that dominates our public space."

In his Foreword to Slouching Toward Utopia, Jedediah Purdy praises Scialabba for writing "lucidly about benightedness, vividly about purblindness, so that his essays and reviews show thought as a thing possible in a world that can seem a conspiracy against sense and reason." 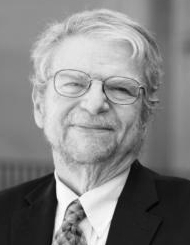 Arthur Goldhammer is a Local Affiliate & Seminar and Study Group Chair of the Minda de Gunzburg Center for European Studies at Harvard University. He has translated more than 125 books from French, for which he won numerous awards. His most recent award was for Thomas Piketty's bestseller Capital in the 21st Century. A long-time observer of French politics, Goldhammer regularly contributes commentary on France and French politics on his blog site "French Politics." He writes regularly for The American Prospect, The Nation, Democracy Journal, and Foreign Policy and serves on the editorial boards of The Tocqueville Review and French Politics, Culture, and Society. 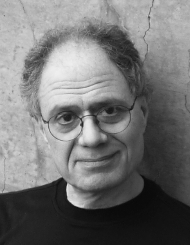