Gender and our Brains:
How New Neuroscience Explodes the Myths of the Male and Female Minds

Harvard Book Store welcomes GINA RIPPON—Honorary Professor of Cognitive Neuroimaging at Aston University in Birmingham, England—for a discussion of her new book, Gender and Our Brains: How New Neuroscience Explodes the Myths of the Male and Female Minds.

About Gender and our Brains

We live in a gendered world, where we are ceaselessly bombarded by messages about sex and gender. On a daily basis, we face deeply ingrained beliefs that sex determines our skills and preferences, from toys and colors to career choice and salaries. But what does this constant gendering mean for our thoughts, decisions and behavior? And what does it mean for our brains?

Drawing on her work as a professor of cognitive neuroimaging, Gina Rippon unpacks the stereotypes that surround us from our earliest moments and shows how these messages mold our ideas of ourselves and even shape our brains. By exploring new, cutting-edge neuroscience, Rippon urges us to move beyond a binary view of the brain and to see instead this complex organ as highly individualized, profoundly adaptable and full of unbounded potential.

Rigorous, timely and liberating, Gender and Our Brains has huge implications for women and men, for parents and children, and for how we identify ourselves.

Praise for Gender and our Brains

“A smart and witty addition to the literature on sex differences. Gina Rippon is one of the most outspoken scientists in this area, and she debunks a whole host of sexist stereotypes in her new book.” —Angela Saini, author of Inferior: How Science Got Women Wrong—and the New Research That's Rewriting the Story

“One of those books that should be essential reading before anyone is allowed to be a teacher, or buy a child a present, or comment on anything on Twitter, ever again . . . All systemizing brains out there owe it to themselves to read this calm and logical collection of evidence and science, and all empathizers will understand its importance.” —Katy Guest, The Guardian

“The history of sex-difference research is rife with innumeracy [and] misinterpretation . . . Rippon, a leading voice against the bad neuroscience of sex difference, uncovers so many examples in this ambitious book that she uses a whack-a-mole metaphor to evoke the eternal cycle . . . [and] the book accomplishes its goal of debunking the concept of a gendered brain.” —Lise Eliot, Nature 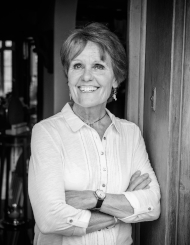 Gina Rippon is Honorary Professor of Cognitive Neuroimaging at Aston Brain Centre at Aston University in Birmingham, England. Her research involves the use of state-of-the-art brain imaging techniques to investigate developmental disorders such as autism. In 2015 she was made an Honorary Fellow of the British Science Association for her contributions to the public communication of science. Rippon is part of the European Union Gender Equality Network, belongs to WISE and ScienceGrrl, and is a member of Robert Peston's Speakers for Schools program and the Inspiring the Future initiative. She lives in the United Kingdom.