Harvard Book Store and GrubStreet welcomes journalist STEPHANIE KEGAN, Clark University lecturer ROBIN MCLEAN, and debut novelist SYLVIA TRUE for a presentation of their work that explores just how fragile the foundation of an ordinary life can be. The narrator of Stephanie Kegan’s novel Golden State has a seemingly ideal life until she learns her beloved brother might be the terrorist on the FBI’s most-wanted listed. The inhabitants of Robin McLean’s prize winning collection Reptile House abandon families, nurse vendettas, and plot assassinations all in pursuit of a better dream. In Sylvia True’s novel The Wednesday Group, five women, struggling with the betrayal and heartbreak of their spouses’ sex addiction, must learn how to move forward with their lives.

On Golden State: A Novel:

A haunting literary drama, with a ripped-from-the headlines urgency reminiscent of Defending Jacob and Sue Miller’s While I Was Gone, Golden State asks hard questions about the limits of loyalty and the bounds of family ties.

Growing up in the 1960s in one of California’s most prominent political families, Natalie Askedahl worshipped her big brother, Bobby, a sensitive math prodigy who served as her protector and confidante. But after Bobby left home at sixteen on a Princeton scholarship, something changed between them. Now that Natalie is happily married, with a career and two young daughters, her only real regret is losing Bobby.

Then, a bomb explodes in the middle of her seemingly ideal life. Her oldest daughter is on the Stanford campus when one person is killed and another maimed. Other bombings follow across California. Frightened for her family, Natalie grows obsessed with the case until she makes an unthinkable discovery: the bomber’s manifesto reads alarmingly like the last letter she has from Bobby.

Unsure of whom to sacrifice and whom to protect, Natalie is confronted with a terrible choice that will send her down a rabbit hole of confusion, lies, and betrayals. As her life splits irrevocably into before and after, she begins to learn that some of the most dangerous things in the world are the stories we tell ourselves.

The characters in these nine short stories abandon families, plot assassinations, nurse vendettas, tease, taunt, and terrorize. They retaliate for bad marriages, dream of weddings, and wait decades for lovers. How far will we go to escape to a better dream? What consequences must we face for hope and fantasy? Robin McLean's stories are strange, often disturbing and funny, and as full of foolishness and ugliness as they are of the wisdom and beauty all around us.

On The Wednesday Group:

Gail. Hannah. Bridget. Lizzy. Flavia. Each of them has a shameful secret, and each is about to find out that she is not alone. . . . Gail, a prominent Boston judge, keeps receiving letters from her husband's latest girlfriend, while her husband, a theology professor, claims he's nine-months sober from sex with grad students. Hannah, a homemaker, catches her husband having sex with a male prostitute in a public restroom. Bridget, a psychiatric nurse at a state hospital, is sure she has a loving, doting spouse, until she learns that he is addicted to chat rooms and match-making websites. Lizzy, a high school teacher, is married to a porn addict, who is withdrawn and uninterested in sex with her. Flavia was working at the Boston Public library when someone brought her an article that stated her husband had been arrested for groping a teenage girl on the subway. He must face court, and Flavia must decide if she wants to stay with him. Finally, Kathryn, the young psychologist running the group, has as much at stake as all of the others.

As the women share never-before-uttered secrets and bond over painful truths, they work on coming to terms with their husbands' addictions and developing healthy boundaries for themselves. Meanwhile, their outside lives become more and more intertwined, until, finally, a series of events forces each woman to face her own denial, betrayal and uncertain future head-on.

From author Sylvia True comes The Wednesday Group, a captivating, moving novel about friendship, marriage, and the bonds that connect us all. 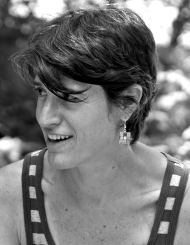 Robin McLean holds an MFA from UMass Amherst. She teaches at Clark University and lives in Bristol, New Hampshire, and Sunderland, Massachusetts. 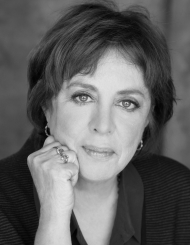 Stephanie Kegan's recently published novel Golden State, from Simon & Schuster, has been named a "must read" respectively by People, Entertainment Weekly and Los Angeles magazines. Her previous books include The Baby, a novel published by the Berkley Publishing Group and Places to Go with Children in Southern California (six editions) published by Chronicle Books. Her non-fiction has appeared in Self, Los Angeles Magazine, the Los Angeles Times and elsewhere. A native Californian, she lives in Los Angeles. 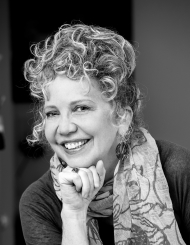 Sylvia True was born in Manchester, England, and now lives in Massachusetts with her husband and dogs. She teaches high school. The Wednesday Group is her first novel.