Only the Longest Threads

Know the Night:
A Memoir of Survival in the Small Hours

Harvard Book Store and GrubStreet welcome scientist TASNEEM ZEHRA HUSAIN, debut novelist TILIA KLEBENOV JACOBS, and memorist MARIA MUTCH for a panel discussion on how these three authors found their stories. They will discuss their books Only the Longest Threads; Wrong Place, Wrong Time; and Know the Night: A Memoir of Survival in the Small Hours.

On Only the Longest Threads

Only the Longest Threads will thrill readers with its dramatic and lucid accounts of the great breakthroughs in the history of physics—classical mechanics, electromagnetism, relativity, quantum mechanics, quantum field theory, and string theory, each from the viewpoint of a (fictional) witness to the events.

Tasneem Zehra Husain re-imagines the pivotal moments in the history of physics when radical new theories shifted our perception of the universe, and our place in it. Husain immerses the reader in the immediacy and excitement of the discoveries—and she guides us as we begin to understand the underlying science and to grasp the revolutionary step forward each of these milestones represents.

When Tsara Adelman leaves her husband and two young children for a weekend to visit her estranged uncle, she little dreams he is holding several local children captive on his lavish estate. Mike Westbrook, father of one of the boys, kidnaps her to trade her life for the children's. Soon Tsara and Mike are fleeing through New Hampshire's mountain wilderness pursued by two rogue cops with murder on their minds.

On Know the Night: A Memoir of Survival in the Small Hours

In this debut memoir, Maria Mutch explores the miraculous power that care and communication have in the face of the deep, personal isolation that often comes with disability. A chronicle of the witching hours between midnight and six a.m., this meditative book takes place during the two year period in which Mutch’s son Gabriel, who is autistic and also has Down syndrome, rarely slept through the night. In this tapestry composed of interwoven memories, we see both Gabriel’s difficult childhood and Maria’s introduction to the world of multiple disability parenting.

As a counterpoint to Gabriel’s figurative isolation is the story of Admiral Richard Byrd, the polar explorer who journeyed alone into the Antarctic wilderness in the 1930s. His story creates a shared and powerful language for the experience of feeling alone.

In these three characters—mother, son, and explorer—Mutch reveals overlapping and layered themes of solitude that, far from driving us apart, enlighten, uplift, and connect. 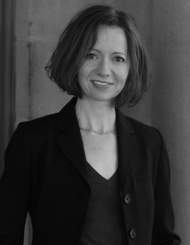 Maria Mutch is the author of Know the Night, a memoir published by Simon & Schuster and Knopf Canada. Her essays and short fiction have appeared in Poets & Writers, Guernica, Literary Mama, Fiction Writers Review and the Ocean State Review, among others. She lives in Rhode Island. 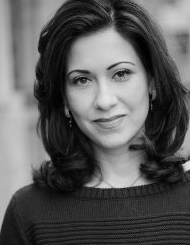 Tasneem Zehra Husain is a writer, educator and Pakistan's first female string theorist. Tasneem is fascinated by scientific theories, how we engage with them, and how they change us. She explores these themes in her fiction and nonfiction writing, her popular talks, and the educational workshops she conducts for science teachers. Tasneem is actively involved in science outreach, and frequently delivers talks about theoretical physics to students and lay audiences. 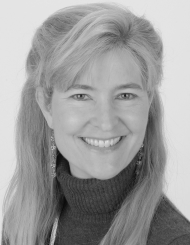 Tilia Klebenov Jacobs is a graduate of Oberlin College and Harvard Divinity School, where she earned a Master of Theological Studies. Despite lacking the ability to breathe fire except in the strictly metaphorical sense, Tilia has taught middle school, high school, and college; she currently teaches inmates in Massachusetts state prisons, and is a judge in the Soul-Making Keats Literary Competition in San Francisco. Her fiction and nonfiction have been published to critical acclaim. Wrong Place, Wrong Time is her first novel: it has won numerous awards, including the Beverly Hills Book Award for Best Thriller and Honorable Mention in the London Book Festival. Kirkus described it as "an intelligent, thought-provoking adventure story and a fine debut." Tilia lives near Boston with her husband, two children, and two standard poodles.