in conversation with HILLARY L. CHUTE

Harvard Book Store welcomes cartoonist and animator GUY DELISLE—author of Burma Chronicles, Jerusalem, Pyongyang, and Shenzhen—and comics scholar HILLARY L. CHUTE—author of Outside the Box, Graphic Women, and Disaster Drawn—for a discussion of Delisle's latest book, Hostage. This tour is supported by the Cultural Services of the French Embassy in the United States.

How does one survive when all hope is lost?

In the middle of the night in 1997, Doctors Without Borders administrator Christophe André was kidnapped by armed men and taken away to an unknown destination in the Caucasus region. For three months, André was kept handcuffed in solitary confinement, with little to survive on and almost no contact with the outside world. Close to twenty years later, award-winning cartoonist Guy Delisle (Pyongyang, Jerusalem, Shenzhen, Burma Chronicles) recounts André’s harrowing experience in Hostage, a book that attests to the power of one man’s determination in the face of a hopeless situation.

Marking a departure from the author’s celebrated first-person travelogues, Delisle tells the story through the perspective of the titular captive, who strives to keep his mind alert as desperation starts to set in. Working in a pared down style with muted color washes, Delisle conveys the psychological effects of solitary confinement, compelling us to ask ourselves some difficult questions regarding the repercussions of negotiating with kidnappers and what it really means to be free. Thoughtful, intense, and moving, Hostage takes a profound look at what drives our will to survive in the darkest of moments.

"Guy Delisle conveys great, slow-burning tension in this sublime account of what Christophe Andre endured as a hostage in Chechnya. Delisle’s controlled handling of claustrophobic physical and mental spaces—and the rhythm he generates—is the work of a patient master." —Joe Sacco, author of Palestine

"A book about a man trapped in the corner of a room should not be exhilarating, but somehow Delisle has managed to create just that. He takes us through Christophe André’s narrative of his time spent as a prisoner with an attention to detail that makes you feel like you’re right there with him, chained to a radiator, counting the days to keep yourself from losing your mind. My heart was racing by the end." —Sarah Glidden, author of Rolling Blackouts 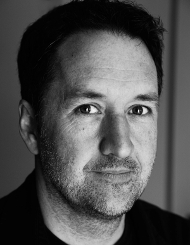 Guy Delisle is a cartoonist and animator from Québec City, Canada. Delisle spent ten years working in animation, which allowed him to learn about movement and drawing. He is best known for his bestselling travelogues about life in faraway countries, Burma Chronicles, Jerusalem: Chronicles from the Holy City, Pyongyang, and Shenzhen. In 2012, Guy Delisle was awarded the Prize for Best Album for the French edition of Jerusalem at the Angoulême International Comics Festival. Delisle now lives in the south of France with his wife and two children.


The French Cultural Services promotes the best of French arts, literature, cinema, language, and higher education in the US. Based in New York City, Washington D.C., and eight other cities across the country, the French Cultural Services brings artists, authors, educational and university programs to cities nationwide. It also builds partnerships between French and American artists, institutions and universities on both sides of the Atlantic. Learn more at http://frenchculture.org/.