The Habit of Turning the World Upside Down:
Our Belief in Property and the Cost of That Belief

Harvard Book Store welcomes award-winning author HOWARD MANSFIELD for a discussion of his latest book, The Habit of Turning the World Upside Down: Our Belief in Property and the Cost of That Belief.

About The Habit of Turning the World Upside Down

While reporting on citizens fighting natural gas pipelines and transmission lines planned to cut right across their homes, Howard Mansfield saw the emotional toll of these projects. "They got under the skin," writes Mansfield. "This was about more than kilowatts, powerlines, and pipelines. Something in this upheaval felt familiar. I began to realize that I was witnessing an essential American experience: the world turned upside down. And it all turned on one word: property."

In The Habit of Turning the World Upside Down, we meet a dairy farmer in far northern New Hampshire who refuses $4 million from Hydro-Quebec for his land, and we meet a Massachusetts family whose two acres may be subsumed by a gas pipeline. We see property in its many guises. We walk with the Tohono O'odham in the Sonoran Desert. We visit a small Maine island and stand where the water will be rising in just a few years as the planet warms. There are historic moments, too: a stubby granite monument in the woods of New Hampshire that tells of the death of feudalism in the New World; the buried history of a Vermont farmer who suicides as his life is bulldozed under for the new interstate; and there's great reform push that gave us the glorious and precarious Weeks Act which saved the White Mountains and gave us national forests east of the Mississippi.

The Habit of Turning the World Upside Down tells the stories of Americans living in a time in which everything is in motion, in which the world will be turned upside down, again and again. The book's title comes from an observation by Alexis de Tocqueville on his visit to America in 1831, which is the book's epigraph: "It would seem that the habit of changing place, of turning things upside down, of cutting, of destroying, has become a necessity of  [the American's] existence."

“The always eloquent Mansfield conducts an evocative foray into the history of American property rights in this slim but enormously prescient title . . . the scalpel-like precision with which Mansfield homes in on the relationship between Americans and the land that proves most perceptive. He accepts all the complexities of his chosen subject yet is gifted with an unerring eye for the true heart of the matter. Who decides the best use of property? Who truly owns it? Powerful insights live on these pages, and Mansfield's observations matter now more than ever.” —Colleen Mondor, Booklist (starred)

“Howard Mansfield has never written an uninteresting or dull sentence. All of his books are emotionally and intellectually nourishing. He is something like a cultural psychologist along with being a first-class cultural historian. He is humane, witty, bright-minded, and rigorously intelligent." —Guy Davenport, author of The Death of Picasso 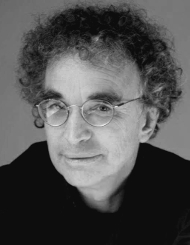 Howard Mansfield is the author of nine books about preservation, architecture, and history, including Summer over Autumn: A Small Book of Small-Town Life. He has contributed to the New York Times, the Washington Post, Historic Preservation, and Yankee. He and his wife, writer Sy Montgomery, live in a 130-year-old house in Hancock, New Hampshire.