in conversation with STEVEN PINKER

Update: This event does not include a book signing

All copies of Nutshell will be personally pre-signed by the author.

Trudy has betrayed her husband, John. She's still in the marital home—a dilapidated, priceless London townhouse—but John's not there. Instead, she's with his brother, the profoundly banal Claude, and the two of them have a plan. But there is a witness to their plot: the inquisitive, nine-month-old resident of Trudy's womb.

Told from a perspective unlike any other, Nutshell is a classic tale of murder and deceit from one of the world’s master storytellers.

"McEwan’s latest novel is short, smart, and narrated by an unborn baby. The narrator describes himself upside down in his mother’s womb, arms crossed, doing slow motion somersaults, almost full-term, wondering about the future. His mother listens to the radio, audiobooks, and podcasts, so just from listening he has acquired knowledge of current events, music, literature, and history. From experience, he’s formed opinions about wine and human behavior. What he’s learned of the world has him using his umbilical cord as worry beads, but his greatest concern comes from overhearing his mother and her lover plotting to kill his father. . . . The murder plot structures the novel as a crime caper, McEwan-style—that is, laced with linguistic legerdemain, cultural references, and insights into human ingenuity and pettiness. Packed with humor and tinged with suspense, this gem resembles a sonnet the narrator recalls hearing his father recite: brief, dense, bitter, suggestive of unrequited and unmanageable longing, surprising, and surprisingly affecting." —Publishers Weekly 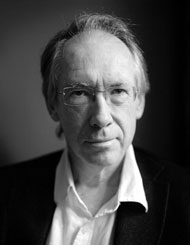 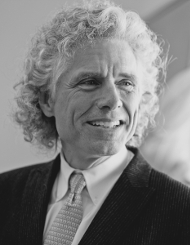 Steven Pinker is the Harvard College Professor of Psychology at Harvard University. A two-time Pulitzer Prize finalist and the winner of many awards for his research, teaching, and books, he has been named one of Time's 100 Most Influential People in the World Today and Foreign Policy's 100 Global Thinkers.