in conversation with KELLIE CARTER JACKSON

Harvard Book Store welcomes ILYON WOO—acclaimed author of The Great Divorce—for a discussion of her new book Master Slave Husband Wife: An Epic Journey from Slavery to Freedom. She will be joined in conversation by KELLIE CARTER JACKSON, author of the award-winning book, Force & Freedom: Black Abolitionists and the Politics of Violence.

In 1848, a year of international democratic revolt, a young, enslaved couple, Ellen and William Craft, achieved one of the boldest feats of self-emancipation in American history. Posing as master and slave, while sustained by their love as husband and wife, they made their escape together across more than 1,000 miles, riding out in the open on steamboats, carriages, and trains that took them from bondage in Georgia to the free states of the North.

Along the way, they dodged slave traders, military officers, and even friends of their enslavers, who might have revealed their true identities. The tale of their adventure soon made them celebrities, and generated headlines around the country. Americans could not get enough of this charismatic young couple, who traveled another 1,000 miles criss-crossing New England, drawing thunderous applause as they spoke alongside some of the greatest abolitionist luminaries of the day—among them Frederick Douglass and William Wells Brown.

But even then, they were not out of danger. With the passage of an infamous new Fugitive Slave Act in 1850, all Americans became accountable for returning refugees like the Crafts to slavery. Then yet another adventure began, as slave hunters came up from Georgia, forcing the Crafts to flee once again—this time from the United States, their lives and thousands more on the line and the stakes never higher.

With three epic journeys compressed into one monumental bid for freedom, Master Slave Husband Wife is an American love story—one that would challenge the nation’s core precepts of life, liberty, and justice for all—one that challenges us even now.

"Master Slave Husband Wife, like all of the truly great American stories, spent over a century lying in wait, desperate to be told. Enter Ilyon Woo. Ellen and WIlliam Craft loved each other, but also loved freedom, and knew one was impossible without the other. And so they embarked on one of the most daring feats ever attempted in American history, a breathless story captured with breathless prose, and we readers gasp in amazement and wonder at the tragedy and triumph." —Marlon James, winner of the 2015 Booker Prize

“Master Slave Husband Wife tells one of the most important stories of American slavery and freedom. With prose that is suspenseful, brilliantly detailed, historically precise, and simply gorgeous, Woo depicts the Crafts and their historic role in antebellum America stunningly. This is a story that will stay with you for a lifetime.” —Imani Perry, author of South to America: A Journey Below the Mason-Dixon to Understand the Soul of a Nation

“For those of us who already were familiar with Ellen and William Craft, we’re so grateful for this reconsideration of this courageous couple’s story. Ilyon Woo has accomplished a phenomenal feat, presenting previously unpublished archival excavations. Certainly, this is an essential addition to early African American studies—but more than research, Woo offers the Crafts’ travels with such grace, such tenderness. Here is a necessary rendering of Black love, Black resilience, and Black humanity during one of our nation's most fraught times.” —Honorée Fanonne Jeffers, author of The Love Songs of W.E.B. Du Bois 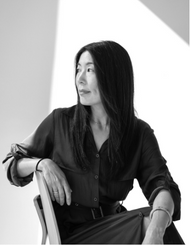 Ilyon Woo is the author of The Great Divorce: A Nineteenth-Century Mother’s Extraordinary Fight Against Her Husband, the Shakers, and Her Times. She received a Whiting Creative Nonfiction Writing Grant for Master Slave Husband Wife. Her writing has appeared in The Boston Globe and The Wall Street Journal, and she has received support for her research from the National Endowment for the Humanities and the American Antiquarian Society, among other institutions. She holds a BA in the Humanities from Yale College and a PhD in English from Columbia University. 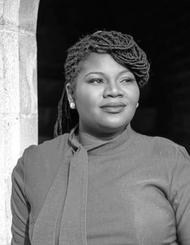 Kellie Carter Jackson is the author of the award-winning book, Force & Freedom: Black Abolitionists and the Politics of Violence, which won the SHEAR James H. Broussard Best First Book Prize. Force and Freedom was also a finalist for the Frederick Douglass Book Prize, a finalist for the Museum of African American History Stone Book Prize and listed among 13 books to read on African American History by the Washington Post. Kellie is also co-host of the podcast “This Day in Esoteric Political History.”