Misdemeanorland:
Criminal Courts and Social Control in an Age of Broken Windows Policing

in conversation with JEANNIE SUK GERSEN

Harvard Book Store welcomes Yale law and sociology professor ISSA KOHLER-HAUSMANN for a discussion of her debut book, Misdemeanorland: Criminal Courts and Social Control in an Age of Broken Windows Policing. She will be joined in conversation by Harvard Law professor JEANNIE SUK GERSEN.

Felony conviction and mass incarceration attract considerable media attention these days, yet the most common criminal-justice encounters are for misdemeanors, not felonies, and the most common outcome is not prison. In the early 1990s, New York City launched an initiative under the banner of Broken Windows policing to dramatically expand enforcement against low-level offenses. Misdemeanorland is the first book to document the fates of the hundreds of thousands of people hauled into lower criminal courts as part of this policing experiment.

Drawing on three years of fieldwork inside and outside of the courtroom, in-depth interviews, and analysis of trends in arrests and dispositions of misdemeanors going back three decades, Issa Kohler-Hausmann argues that lower courts have largely abandoned the adjudicative model of criminal law administration in which questions of factual guilt and legal punishment drive case outcomes. Due to the sheer volume of arrests, lower courts have adopted a managerial model--and the implications are troubling. Kohler-Hausmann shows how significant volumes of people are marked, tested, and subjected to surveillance and control even though about half the cases result in some form of legal dismissal. She describes in harrowing detail how the reach of America's penal state extends well beyond the shocking numbers of people incarcerated in prisons or stigmatized by a felony conviction.

Revealing and innovative, Misdemeanorland shows how the lower reaches of our criminal justice system operate as a form of social control and surveillance, often without adjudicating cases or imposing formal punishment.

"In this capacious book, criminal defense attorney, sociologist, and legal scholar Issa Kohler-Hausmann takes us inside New York City's lower criminal courts. She shows that, instead of deciding guilt and innocence and meting out appropriate sentences, misdemeanor courts largely manage people through record keeping and procedural hassle. As a result, people accused of minor crimes come to experience the justice system as arbitrary and dysfunctional. Novel and deeply researched, Misdemeanorland is a major contribution from a brilliant mind." —Matthew Desmond, Pulitzer Prize–winning author of Evicted

"Somewhere between stop-and-frisk and mass incarceration stands the misdemeanor court, where millions of Americans spend months waiting to answer for the low-level arrests that are now part of life in poor communities of color. Issa Kohler-Hausmann takes readers on a tour of Misdemeanorland, where justice is overwhelmed by massive caseloads and a grinding bureaucracy that takes little notice of the ordinary lives disrupted and sometimes upended by the powers of arrest and incarceration." —Bruce Western, professor of sociology at Harvard University

"With vivid, compelling ethnographic detail, Kohler-Hausmann provides an original examination of the rise of Broken Windows policing in New York and its consequences for those brought to court on low-level charges. Misdemeanorland is a critically important work of scholarship." —Mona Lynch, author of Hard Bargains: The Coercive Power of Drug Laws in Federal Court 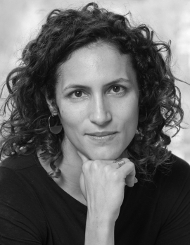 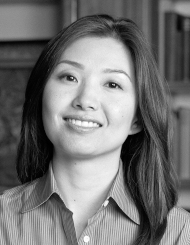 Jeannie Suk Gersen is the John H. Watson, Jr. Professor of Law at Harvard Law School. She teaches and writes on a wide range of subjects including Constitutional Law, Criminal Law and Procedure, Family Law, Sexual Assault and Harassment, and Title IX. She has been a recipient of a Guggenheim Fellowship and Harvard Law School’s Sacks-Freund Award for Teaching Excellence. She is a contributing writer to the New Yorker.