In 2001, Jace Clayton was an unknown DJ who recorded a three-turntable, sixty-minute mix called Gold Teeth Thief and put it online to share with his friends. Within months, the mix became an international calling card, whisking Clayton away to a sprawling, multi-tiered nightclub in Zagreb, a tiny gallery in Osaka, a former brothel in São Paolo, and the MoMA. And just as the music world made its fitful, uncertain transition from analog to digital, Clayton found himself on the front lines of an education in the creative upheavals of art production in the twenty-first-century globalized world.

Uproot is a guided tour of this newly opened cultural space, mapped with both his own experiences and his relationships with other industry game-changers such as M.I.A. and Pirate Bay. With humor, insight, and expertise, Clayton illuminates the connections between a Congolese hotel band and the indie rock scene, Mexican rodeo teens and Israeli techno, Whitney Houston and robotic voices in rural Moroccan song, and offers an unparalleled understanding of music in a digital age. Uproot takes readers behind the turntable decks to tell a story that only a DJ—writer—of this caliber can tell.

“Jace Clayton is a bricoleur like no other whose curiosity leads him fearlessly beyond fixed cultural boundaries to make connections and find insights that are brilliant and unique. He looks at the world and makes culture from gorgeously odd angles—every sentence of this book is a gem.” —Elizabeth Alexander

"In this exhilarating book, Clayton, aka DJ Rupture, guides readers on an international tour of various forms of music and music-making technologies within many cultures . . . Clayton urges readers to embrace the power of music, recognizing its energetic and enduring capacity to capture and express shared emotions and to become a 'memory palace with room for everybody inside.'" —Publishers Weekly 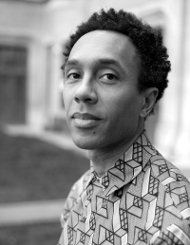 Jace Clayton's essays have appeared in The New York Times Magazine, The Washington Post, Bidoun, Frieze, and The FADER. As DJ /rupture, he has performed widely and released several critically acclaimed albums. He lives and works in New York City.