The Gulf:
The Making of an American Sea

Harvard Book Store and Mass Humanities welcome award-winning author and environmental historian JACK E. DAVIS for a discussion of his latest book, The Gulf: The Making of an American Sea—winner of the 2018 Pulitzer Prize in History.

Hailed as a “nonfiction epic . . . in the tradition of Jared Diamond’s best-seller Collapse, and Simon Winchester’s Atlantic” by the Dallas Morning News, Jack E. Davis’s The Gulf is what the Wall Street Journal calls “by turns informative, lyrical, inspiring and chilling for anyone who cares about the future of ‘America’s Sea.’” Illuminating America’s political and economic relationship with the environment from the age of the conquistadors to the present, Davis demonstrates how the Gulf’s fruitful ecosystems and exceptional beauty empowered a growing nation. Filled with vivid, untold stories from the sportfish that launched Gulfside vacationing to Hollywood’s role in the country’s first offshore oil wells, this “vast and well-told story shows how we made the Gulf [into] a national sacrifice zone” (Bill McKibben). The first and only study of its kind, The Gulf offers what Edward O. Wilson calls “a unique and illuminating history of the American Southern coast and sea as it should be written.”

“A sensitive and sturdy work of environmental history . . . [Davis] has a well-stocked mind, and frequently views the history of the Gulf through the prism of artists and writers including Winslow Homer, Wallace Stevens, Ernest Hemingway and John D. MacDonald. His prose is supple and clear . . . A cri de coeur about the Gulf’s environmental ruin.” —Dwight Garner, New York Times

“Splendid . . . Davis is a historian, and this book is packed with research, but The Gulf does not read like a textbook. He is a graceful, clear, often lyrical writer who makes sometimes surprising, always illuminating connections―it's not a stretch to compare him to John McPhee. And he is telling an important story, especially for those of us who live around what he calls the American Sea. What happens to it happens to us, and the more we know, the better equipped we'll be to deal with a future on its shores.” —Colette Bancroft, Tampa Bay Times

“An incisive, comprehensive and entertaining portrait of the world’s most diverse and productive marine ecosystems―from its lusty birth in the chaos of shifting continental plates to its slow and agonizing death of a million cuts inflicted by oil and gas extractors, dredge-and-fill operators, ‘condo-canyon’ developers, industrial-scale fishers, fertilizer-dependent farmers, chemical plant entrepreneurs, love-it-to-death snowbirds and so many more . . . Amid all of the pollution and exploitation, this could easily have been a grim history of Paradise Lost. But in Davis’ skilled hands it as much a love story as a tragedy.” —Ron Cunningham, Gainesville Sun 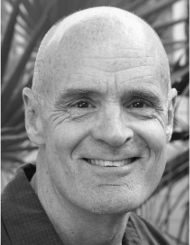 Jack E. Davis is the author of the award-winning An Everglades Providence: Marjory Stoneman Douglas and the American Environmental Century. A professor of environmental history at the University of Florida, he grew up on the Gulf coast, and now lives in Florida and New Hampshire.