In Hoffa's Shadow:
A Stepfather, a Disappearance in Detroit, and My Search for the Truth

Harvard Book Store welcomes JACK GOLDSMITH—author and Henry L. Shattuck Professor of Law at Harvard University—for a discussion of his latest book, In Hoffa's Shadow: A Stepfather, a Disappearance in Detroit, and My Search for the Truth.

About In Hoffa's Shadow

As a young man, Jack Goldsmith revered his stepfather, longtime Jimmy Hoffa associate Chuckie O’Brien. But as he grew older and pursued a career in law and government, he came to doubt and distance himself from the man long suspected by the FBI of perpetrating Hoffa’s disappearance on behalf of the mob. It was only years later, when Goldsmith was serving as assistant attorney general in the George W. Bush administration and questioning its misuse of surveillance and other powers, that he began to reconsider his stepfather, and to understand Hoffa’s true legacy.

In Hoffa’s Shadow tells the moving story of how Goldsmith reunited with the stepfather he’d disowned and then set out to unravel one of the twentieth century’s most persistent mysteries and Chuckie’s role in it. Along the way, Goldsmith explores Hoffa’s rise and fall and why the golden age of blue-collar America came to an end, while also casting new light on the century-old surveillance state, the architects of Hoffa’s disappearance, and the heartrending complexities of love and loyalty.

Praise for In Hoffa's Shadow

“This is an incredible story, plainly rebutting the clear understanding of many that Charles O’Brien drove Jimmy Hoffa to his death, and offering a profoundly beautiful recognition of the nature of paternal love. This book will make you weep, repeatedly, for the injustice, and for the love.” ―Lawrence Lessig, professor at Harvard Law School and author of They Don’t Represent Us and Republic, Lost

“A thrilling, unputdownable story that takes on big subjects―injustice, love, loss, truth, power, murder―and addresses them in sentences of beauty and clarity informed by deep thought and feeling. Goldsmith, one of the finest minds of his generation, has told an insane tale with a storyteller’s flair. This is one of the best works of autobiography that I’ve read in a very, very long time.” ―Bill Buford, former fiction editor of the New Yorker and author of Heat and Among the Thugs

"The unlikeliest riveting read of the year . . . [Goldsmith is] always worth reading on any topic on which he opines. But I wasn’t prepared to be transfixed by a D.C. “backstory” unlike any out there . . . this is a National Book Award nominee waiting to happen. And though Hoffa did not go gently into the night, his abrupt and final exit is as dark as any tragedy . . . It’s hard to overstate how unlikely this story is, and similarly difficult to overestimate my certainty that readers from all backgrounds and across entire political and economic spectra won’t be able to put it down." ―Hugh Hewitt, The Washington Post 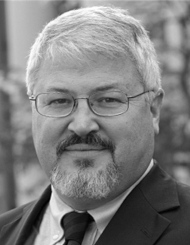 Jack Goldsmith is the Henry L. Shattuck Professor at Harvard Law School, where he teaches and writes about national security law, presidential power, cybersecurity, international law, internet law, foreign relations law, and conflict of laws. Before coming to Harvard, Professor Goldsmith served as Assistant Attorney General, Office of Legal Counsel from 2003-2004, and Special Counsel to the Department of Defense from 2002-2003. He is the author of The Terror Presidency: Law and Judgement inside the Bush Administration, The Limits of International Law, and Who Controls the Internet? Illusions of a Borderless World.