Fire Island:
A Century in the Life
of an American Paradise

in conversation with MICHAEL BRONSKI

Harvard Book Store welcomes writer, poet, and scholar JACK PARLETT for a discussion of his new book Fire Island: A Century in the Life of an American Paradise. He will be joined in conversation by MICHAEL BRONSKI—Professor of the Practice in Activism and Media in the Studies of Women, Gender and Sexuality at Harvard University.

Fire Island, a thin strip of beach off the Long Island coast, has long been a vital space in the queer history of America. Both utopian and exclusionary, healing and destructive, the island is a locus of contradictions, all of which coalesce against a stunning ocean backdrop.

Now, poet and scholar Jack Parlett tells the story of this iconic destination—its history, its meaning and its cultural significance—told through the lens of the artists and creators who sought refuge on its shores. Together, figures as divergent as Walt Whitman, Oscar Wilde, James Baldwin, Carson McCullers, Frank O'Hara, Patricia Highsmith and Jeremy O. Harris tell the story of a queer space in constant evolution.

Transporting, impeccably researched and gorgeously written, Fire Island is the definitive book on an iconic American destination and an essential contribution to queer history.

“A beautiful, beguiling journey to the ultimate queer utopia, a site of riotous hedonism, wild creativity and immense loss. Fire Island is a fascinating, throbbing history that asks the most urgent of contemporary questions: what does paradise look like, and who does it exclude?” —Olivia Laing

"The zingy tale of one magnetic place — as well as a sprawling rumination on the intertwined urges to get away and get together. Clued-up but insatiably thirsty, poignant, packed with literary intrigue, Fire Island is a beaming beach read." —Jeremy Atherton Lin, author of Gay Bar 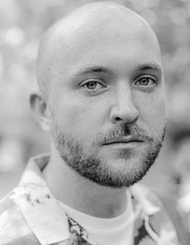 Jack Parlett is a writer, poet and scholar. He currently holds a Junior Research Fellowship at University College, Oxford, where he also teaches. He completed a PhD in English at Cambridge University, which he adapted as a monograph entitled The Poetics of Cruising: Queer Visual Culture from Whitman to Grindr, published by the University of Minnesota Press. His new book, Fire Island: Love, Loss and Liberation in an American Paradise, is published by Hanover Square Press. He lives in Oxford. 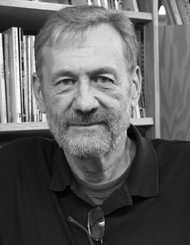 Michael Bronski is an independent scholar, journalist, and writer who has been involved in social justice movements since the 1960s. He is the author of numerous award winning books including The Pleasure Principle: Sex, Backlash and the Struggle for Gay Freedom (1998) and Considering Hate: Violence, Goodness, and Justice in American Culture and Politics (2015). His most recent is A Queer History of the United States for Young People (2019). He is Professor of the Practice in Activism and Media in the Studies of Women, Gender and Sexuality at Harvard University.