Wit's End:
What Wit Is, How It Works, and Why We Need It

Harvard Book Store welcomes writer and journalist JAMES GEARY—deputy curator at Harvard University’s Nieman Foundation for Journalism—for a discussion of his latest book, Wit's End: What Wit Is, How It Works, and Why We Need It.

Much more than a knack for snappy comebacks, wit is the quick, instinctive intelligence that allows us to think, say, or do the right thing at the right time in the right place. In this whimsical book, James Geary explores every facet of wittiness, from its role in innovation to why puns are the highest form of wit. Geary reasons that wit is both visual and verbal, physical and intellectual: there’s the serendipitous wit of scientists, the crafty wit of inventors, the optical wit of artists, and the metaphysical wit of philosophers.

In Wit’s End, Geary embraces wit in every form by adopting a different style for each chapter; he writes the section on verbal repartee as a dramatic dialogue, the neuroscience of wit as a scientific paper, the spirituality of wit as a sermon, and other chapters in jive, rap, and the heroic couplets of Alexander Pope. Wit’s End agilely balances psychology, folktales, visual art, and literary history with lighthearted humor and acute insight, drawing upon traditions of wit from around the world.

“I have been reading Wit's End in juxtaposition to rereading and again writing about James Joyce's Ulysses. Geary prompts me to think that Joyce's title could have been No End to Wit. Goethe wrote an essay called No End to Shakespeare. There seems to be no end to James Geary's versatility.” —Harold Bloom

“Comedy is famously impossible to describe without destroying it, so James Geary―in this entertaining and informative and funny book―makes a very smart and effective move: he embodies the many different forms that wit takes, from poems to jokes to jive to rap. In a time of constant, unintentional humor, here is a purposeful and valuable reminder that sometimes it's on purpose and sometimes it's very nearly life-saving.” —David Shields, bestselling author of Reality Hunger and The Thing About Life Is One Day You'll Be Dead

“Playful, fiercely intelligent, silly, funny, and immensely informative―Wit’s End makes for a breathless read that leaves you feeling enormously enriched. The reinvention from chapter to chapter is a masterstroke and keeps the subject matter joyously buoyant.” —Reece Shearsmith, actor, writer of The League of Gentlemen 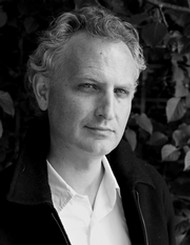 James Geary is the author of four previous books, including the New York Times bestseller The World in a Phrase, and is the deputy curator at Harvard University’s Nieman Foundation for Journalism. A sought-after speaker and avid juggler, he lives near Boston, Massachusetts.