The stories in Five-Carat Soul—none of them ever published before—spring from the place where identity, humanity, and history converge. They’re funny and poignant, insightful and unpredictable, imaginative and authentic—all told with McBride’s unrivaled storytelling skill and meticulous eye for character and detail. McBride explores the ways we learn from the world and the people around us. An antiques dealer discovers that a legendary toy commissioned by Civil War General Robert E. Lee now sits in the home of a black minister in Queens. Five strangers find themselves thrown together and face unexpected judgment. An American president draws inspiration from a conversation he overhears in a stable. And members of The Five-Carat Soul Bottom Bone Band recount stories from their own messy and hilarious lives.

As McBride did in his National Book award-winning The Good Lord Bird and his bestselling The Color of Water, he writes with humor and insight about how we struggle to understand who we are in a world we don’t fully comprehend. The result is a surprising, perceptive, and evocative collection of stories that is also a moving exploration of our human condition.

“Humming with invention and energy, the stories collected in McBride’s first fiction book since his National Book Award–winning The Good Lord Bird again affirm his storytelling gifts. . . McBride adopts a variety of dictions without losing his own distinctly supple, musical voice; as identities shift, 'truths' are challenged, and justice is done or, more often, subverted.” —Publishers Weekly (starred review)

“Stellar. . . McBride’s short stories joyfully abound with indelible characters whose personal philosophies are far wiser than their circumstances allow. . . [He] brings the snappy satire that endeared him to fans of the National Book Award-winning The Good Lord Bird and the courage and pathos that shone in The Miracle at St. Anna.” —Booklist (starred review)

“McBride exhibits his formidable storytelling chops in an array of voices and settings. . . The charm emitted by these whimsical-yet-acerbic tales seems to come from a hypothetical late-19th-century collaboration of Mark Twain and Rudyard Kipling. McBride emerges here as a master of what some might call  ‘wisdom fiction,’ common to both The Twilight Zone and Bernard Malamud, offering instruction and moral edification to his readers without providing an Aesop-like moral.” —Kirkus Reviews (starred review) 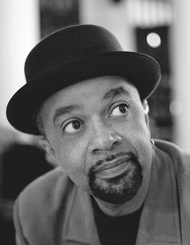 James McBride is an accomplished musician and author of the National Book Award–winning The Good Lord Bird, the bestselling American classic The Color of Water, and the bestsellers Song Yet Sung and Miracle at St. Anna. He is also the author of Kill ’Em and Leave, a James Brown biography. His most recent book is Five-Carat Soul. A recipient of the National Humanities Medal, McBride is also Distinguished Writer in Residence at New York University.