The Meddlers:
Sovereignty, Empire, and the Birth
of Global Economic Governance

in conversation with QUINN SLOBODIAN

Harvard Book Store and the Edmond and Lily Safra Center for Ethics welcome JAMIE MARTIN, Assistant Professor in the Department of History and Social Studies at Harvard University, for a discussion of his new book The Meddlers: Sovereignty, Empire, and the Birth of Global Economic Governance. He will be joined in conversation by QUINN SLOBODIAN, historian and Associate Professor of History at Wellesley College.

While payment is not required, we are suggesting a $5 contribution to support this author series, our staff, and the future of Harvard Book Store—a locally owned, independently run Cambridge institution. In addition, by purchasing a copy of The Meddlers on harvard.com, you support indie bookselling and the writing community during this difficult time.

International economic institutions like the IMF and World Bank exert incredible influence over the domestic policies of many states. These institutions date from the end of World War II and amassed power during the neoliberal era of the late twentieth century. But as Jamie Martin shows, if we want to understand their deeper origins and the ideas and dynamics that shaped their controversial powers, we must turn back to the explosive political struggles that attended the birth of global economic governance in the early twentieth century.

The Meddlers tells the story of the first international institutions to govern the world economy, including the League of Nations and Bank for International Settlements, created after World War I. These institutions endowed civil servants, bankers, and colonial authorities from Europe and the United States with extraordinary powers: to enforce austerity, coordinate the policies of independent central banks, oversee development programs, and regulate commodity prices. In a highly unequal world, they faced a new political challenge: was it possible to reach into sovereign states and empires to intervene in domestic economic policies without generating a backlash?

Martin follows the intense political conflicts provoked by the earliest international efforts to govern capitalism―from Weimar Germany to the Balkans, Nationalist China to colonial Malaya, and the Chilean desert to Wall Street. The Meddlers shows how the fraught problems of sovereignty and democracy posed by institutions like the IMF are not unique to late twentieth-century globalization, but instead first emerged during an earlier period of imperial competition, world war, and economic crisis.

Praise for The Meddlers

“The Meddlers is an eye-opening, essential new history that places our international financial institutions in the transition from a world defined by empire to one of nation states enmeshed in the world economy.”―Adam Tooze, Columbia University

“Martin offers an alternative perspective on the crisis of global economic governance today, showing how the interventionist powers of the IMF and the World Bank have all along been rooted in empire and colonialism.”―Daniel Steinmetz-Jenkins, The Nation

“The Meddlers advances a persuasive argument about the origins and evolution of global economic governance. It charts the evolution of legal norms and institutional practices―not just one of the most under-studied aspects of global governance, but also the most challenging to reveal. The range of national and international agencies and actors is impressive; the juxtaposition of different agencies novel and revealing.”―Patricia Clavin, University of Oxford 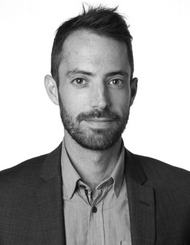 Jamie Martin is an Assistant Professor in the Department of History and Social Studies at Harvard University. His writing has appeared in the New York Times, London Review of Books, The Nation, and Bookforum. 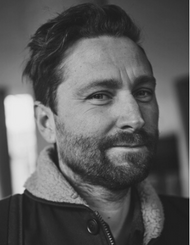 QUINN SLOBODIAN is the author of the award-winning Globalists: The End of Empire and the Birth of Neoliberalism, which has been translated into six languages. A frequent contributor to the Guardian, Foreign Policy, Dissent, the Nation, the New Statesman, and the New York Times, he is a professor of the history of ideas at Wellesley College. He lives in Cambridge, Massachusetts.