The Invention of Religion in Japan

Harvard Book Store is pleased to welcome Williams College's Chair and Associate Professor of Religion, JASON ĀNANDA JOSEPHSON, as he discusses his book, The Invention of Religion in Japan.

Throughout its long history, Japan had no concept of what we call "religion." There was no corresponding Japanese word, nor anything close to its meaning. But when American warships appeared off the coast of Japan in 1853 and forced the Japanese government to sign treaties demanding, among other things, freedom of religion, the country had to contend with this Western idea. In this book, Jason Ānanda Josephson reveals how Japanese officials invented religion in Japan and traces the sweeping intellectual, legal, and cultural changes that followed.

More than a tale of oppression or hegemony, Josephson's account demonstrates that the process of articulating religion offered the Japanese state a valuable opportunity. In addition to carving out space for belief in Christianity and certain forms of Buddhism, Japanese officials excluded Shinto from the category. Instead, they enshrined it as a national ideology while relegating the popular practices of indigenous shamans and female mediums to the category of "superstitions"--and thus beyond the sphere of tolerance. Josephson argues that the invention of religion in Japan was a politically charged, boundary-drawing exercise that not only extensively reclassified the inherited materials of Buddhism, Confucianism, and Shinto to lasting effect, but also reshaped, in subtle but significant ways, our own formulation of the concept of religion today. This ambitious and wide-ranging book contributes an important perspective to broader debates on the nature of religion, the secular, science, and superstition. 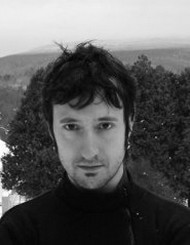 Jason Ānanda Josephson is Chair and Associate Professor of Religion at Williams College. He received his PhD from Stanford University in 2006, his MTS from Harvard University in 2001, and has held visiting positions at Princeton University, École Française d'Extrême-Orient, Paris and Ruhr Universität, Germany.