The Firsts:
The Inside Story of the Women Reshaping Congress

in conversation with KATHARINE Q. SEELYE

Harvard Book Store's virtual event series welcomes New York Times reporter JENNIFER STEINHAUER for a discussion of her latest book, The Firsts: The Inside Story of the Women Reshaping Congress. She will be joined in conversation by fellow Times reporter KATHARINE Q. SEELYE. This event is co-sponsored by Cambridge Women's Center.

In November 2018, the greatest number of women in American history entered Congress. From Alexandria Ocasio-Cortez and “the Squad” to “the Badasses” with national security backgrounds, from the first two Native Americans in Congress to the first two Muslim women, all were swept into office on a wave of grassroots support, diverse in background, age, professional experience, and ideology.

In The Firsts, New York Times reporter Jennifer Steinhauer follows these women’s first year in the 116th Congress, chronicling their transition from running trailblazing campaigns to the daily work of governance. In committee rooms, offices, and conversations on the run through the halls of the Capitol, she probed the question: Would Washington, with its hidebound traditions, change the changemakers, or would this Congress, which looked a little more like today’s America, truly be the start of something new?

Praise for The Firsts

“A fine lesson in civics and political journalism and must reading for anyone contemplating working in electoral politics.” —Kirkus Reviews

“If suffragists, who got American women the right to vote 100 years ago, could watch our celebrations this year I am sure they would want people to read The Firsts. Why? Women are still less than 25% of Congress. Read The Firsts, run, and join them. Imagine half the Congress being female. Finish the dream.” —Former Congresswoman Patricia Schroeder, Colorado

“The Firsts stands out as one of the most important and best reported books written during the extraordinary political chapter in which we are living. One part ‘you go, girl,’ one part ‘I feel your pain, sister,’ and one part ‘we are here to stay,’ it’s the most sweeping storytelling I’ve read about the 2018 class of women who arrived in Congress and have already left their mark.” —Nicolle Wallace, author and anchor, “Deadline White House” on MSNBC 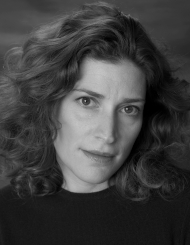 Jennifer Steinhauer has covered numerous high-profile beats in her twenty-five-year reporting career at the New York Times, from City Hall bureau chief and Los Angeles bureau chief to Capitol Hill. She won the Newswoman’s Club of New York Front Page Deadline Reporting Award in 2006 for her reporting on Hurricane Katrina. She has written a novel about the television business, and two cookbooks. 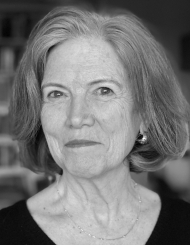 Katharine Q. “Kit” Seelye has been a reporter for The New York Times since 1994. She started in the Washington bureau as a political reporter and was “on the bus” for six presidential campaigns. She also pioneered The Times’s online coverage of politics. In 2012 she was named the paper’s New England bureau chief, based in Boston. She recently joined the paper’s legendary obituary staff. She lives in Cambridge.

The Cambridge Women's Center provides a supportive community space for all women by offering opportunities for empowerment, learning, healing, trauma support, and understanding. We are the oldest community-based center for women in the United States and are excited to see what we can accomplish in the next half-century! For more information, visit: https://www.cambridgewomenscenter.org/about