Taking its title from a group of stories that begin the book, Bream Gives Me Hiccups moves from contemporary L.A. to the dorm rooms of an American college to ancient Pompeii, throwing the reader into a universe of social misfits, reimagined scenes from history, and ridiculous overreactions. In one piece, a tense email exchange between a young man and his girlfriend is taken over by his sister, who is obsessed with the Bosnian genocide (The situation reminds me of a little historical blip called the Karadordevo agreement); in another, a college freshman forced to live with a roommate is stunned when one of her ramen packets goes missing (she didn’t have “one” of my ramens. She had a chicken ramen); in another piece, Alexander Graham Bell has teething problems with his invention (I’ve been calling Mabel all day, she doesn’t pick up! Yes, of course I dialed the right number – 2!).

United by Eisenberg’s gift for humor and character, and grouped into chapters that open with illustrations by award-winning cartoonist Jean Jullien, the witty pieces collected in Bream Gives Me Hiccups explore the various insanities of the modern world, and mark the arrival of a fantastically funny, self-ironic, and original voice.

“Eisenberg has a terrific ear, especially for adolescent inflections, absurdity, self-delusion, and insecurity. He also has a flair for off-the-wall ideas . . . With its panoply of neurotics and narcissists and its smart mix of stinging satire and surprising moments of sweetness, Bream Gives Me Hiccups brings to mind fellow comic actor/writers Woody Allen, Steve Martin and B.J. Novak. It also offers a youthful new twist on what one of Eisenberg’s hopeless dreamers refers to—ironically, of course—as the cruel ‘irony of life.’”—NPR Books 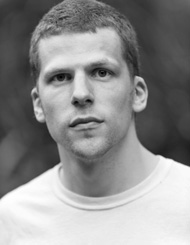 Jesse Eisenberg is an Academy Award-nominated actor, playwright, and contributor for the New Yorker and McSweeney’s. He is the author of three plays, Asuncion, The Revisionist, and The Spoils, which won the Theater Visions Fund Award. Eisenberg’s acting credits include The Social Network, Now You See Me, Adventureland, The Squid and the Whale, The Double, and The End of the Tour. Forthcoming acting credits include Batman v. Superman.


Jesse will be signing copies of Bream Gives Me Hiccups as well as his plays, The Spoils and The Revisionist. No memorabilia.

The author will be personalizing books. (Names only, please.)

Those joining the signing line must have purchased a book, either at Harvard Book Store or at the event.