The Deceptions:
A Novel

in conversation with CLAIRE MESSUD

Harvard Book Store welcomes award-winning author and poet JILL BIALOSKY for a discussion of her new novel The Deceptions. She will be joined in conversation by CLAIRE MESSUD, acclamied author and creative writing professor at Harvard University.

Something terrible has happened and I don’t know what to do. An unnamed narrator’s life is unraveling. Her only child has left home, and her twenty-year marriage is strained. Anticipation about her soon-to-be-released book of poetry looms. She seeks answers to the paradoxes of love, desire, and parenthood among the Greek and Roman gods at the Metropolitan Museum of Art. As she passes her days teaching at a boys’ prep school, spending her off-hours sequestered in the museum's austere galleries, she is haunted by memories of a yearlong friendship with a colleague, a fellow poet struggling with his craft. As secret betrayals and deceptions come to light and rage threatens to overwhelm her, the pantheon of gods assume remarkably vivid lives of their own, forcing her to choose between reality and myth in an effort to free herself from the patriarchal constraints of the past and embrace a new vision for her future.

The Deceptions is a page-turning and seductively told exploration of female sexuality and ambition as well as a human drama that dares to test the stories we tell ourselves. It is also a brilliant investigation of a life caught between the dueling magnetic poles of privacy and its appropriation in art and literature. Celebrated poet, memoirist, and novelist Jill Bialosky has reached new and daring heights in her boldest work yet.

Praise for The Deceptions

"Poetry and inspiration, obsession and divinity, all come under Bialosky’s purview in her elegantly constructed fable of trying to create while everything else falls apart." —Ed Simon, The Millions, A Most Anticipated Book of the Year

“The great Greeks—Odysseus, Herakles, Aphrodite, and, centrally, Leda and the Swan—circle around this powerfully written account of a woman in a kind of slow crisis and help her interrogate her marriage and desires. Then, in an extraordinary, explosive final act, a profound act of betrayal lifts the novel towards genuine tragedy. The Deceptions is a deeply felt and formally original tour-de-force.” —Salman Rushdie

"At once classical and contemporary, Jill Bialosky's powerful new novel weaves together themes of art and life, sexuality and family, gender dynamics and selfhood. The Deceptions is urgent, unsettling, and utterly consuming—a triumph." —Claire Messud 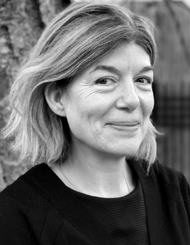 Claire Messud’s novels include The Emperor’s Children, a New York Times Book of the Year in 2006; The Woman Upstairs (2013); and The Burning Girl (2017), a finalist for the LA Times Book Award in Fiction. Her most recent novel is A Dream Life (2021). She is also the author of a book of novellas, The Hunters (2001). Her memoir-in-essays, Kant’s Little Prussian Head & Other Reasons Why I Write (2020) came out in paperback in February. She was made a Chevalier de l’Ordre des Arts et des Lettres by the French Ministry of Culture in 2020. Messud teaches creative writing at Harvard University and writes a monthly books column for Harper’s Magazine. She lives in Cambridge, MA with her family. 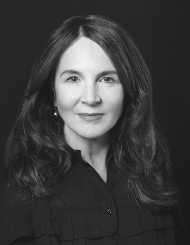 Jill Bialosky is the author of six acclaimed collections of poetry, three critically acclaimed novels, and two memoirs, including History of a Suicide: My Sister’s Unfinished Life, a New York Times bestseller. Her poems and essays have appeared in The Best American Poetry, The New Yorker, The Atlantic, Harvard Review, among other publications. She is executive editor and vice president at W. W. Norton & Company. Her work has been a finalist for the James Laughlin Award, the Paterson Poetry Prize, and the Books for a Better Life Awards. In 2014, she was honored by the Poetry Society of America for her distinguished contribution to poetry. She lives in New York City.