The Field of Blood:
Violence in Congress and the Road to Civil War

Harvard Book Store and Mass Humanities welcome Yale professor of history and American studies JOANNE B. FREEMAN for a discussion of her latest book, The Field of Blood: Violence in Congress and the Road to Civil War.

About The Field of Blood

Joanne B. Freeman recovers the long-lost story of physical violence on the floor of the U.S. Congress in The Field of Blood. Drawing on an extraordinary range of sources, she shows that the Capitol was rife with conflict in the decades before the Civil War. Legislative sessions were often punctuated by mortal threats, canings, flipped desks, and all-out slugfests. When debate broke down, congressmen drew pistols and waved Bowie knives. One representative even killed another in a duel. Many were beaten and bullied in an attempt to intimidate them into compliance, particularly on the issue of slavery.

These fights didn’t happen in a vacuum. Freeman’s dramatic accounts of brawls and thrashings tell a larger story of how fisticuffs and journalism, and the powerful emotions they elicited, raised tensions between North and South and led toward war. In the process, she brings the antebellum Congress to life, revealing its rough realities―the feel, sense, and sound of it―as well as its nation-shaping import. Funny, tragic, and rivetingly told, The Field of Blood offers a front-row view of congressional mayhem and sheds new light on the careers of John Quincy Adams, Henry Clay, and other luminaries, as well as introducing a host of lesser-known but no less fascinating men. The result is a fresh understanding of the workings of American democracy and the bonds of Union on the eve of their greatest peril.

“With narrative flair and scholarly gravitas, Joanne Freeman has given us a powerful and original account of a ferociously divided America. For readers who think things in the first decades of the 21st century have never been worse, Freeman’s portrait of a tempestuous and tumultuous U.S. Congress offers a sobering and illuminating corrective. She shows us that the battles of the Civil War began not at Fort Sumter but in the U.S. Capitol, providing a new and compelling angle of vision on the origins of what Lincoln called our ‘fiery trial.’” ―Jon Meacham, author of The American Lion

“In 1861, Americans grimly set to slaughtering the better part of a million of their fellow citizens. It was the most extraordinary break in the nation’s history―and Joanne Freeman charts its approach an extraordinary new way. With insightful analysis and vivid detail, she explores the human relationships among congressmen before the Civil War and finds a culture of astonishing violence. In fistfights, duels, and mass brawls, her innovative account detects steps toward disunion―and changes how we think about political history.” ―T.J. Stiles, author of Custer’s Trials

“Those who deplore the hyperpartisanship and decline of civility in contemporary American politics as unprecedented need to know more history. As Joanne Freeman makes clear in this compelling account, party strife, personal honor, and above all the slavery controversy brought unparalleled mayhem to the floors of Congress in the generation before the Civil War. Southern bullying and growing Northern resistance in the House and Senate foreshadowed the battlefields of 1861-1865.” ―James McPherson, emeritus professor of history at Princeton University and author of Battle Cry of Freedom 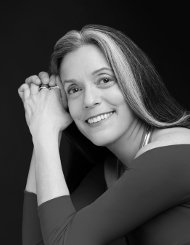 Joanne B. Freeman is a professor of history and American studies at Yale University and one of the nation's leading experts on "dirty nasty politics." Freeman has commented on history and politics—past and present—on CNN, MSNBC, NPR, and PBS, as well as in The New York Times and The Washington Post.  Her award-winning history, Affairs of Honor: National Politics in the New Republic, was declared one of the year's "Best Books" by The Atlantic.  A co-host of the popular history podcast BackStory, Freeman appears frequently in documentaries on PBS and the History Channel. Photo credit: Beowulf Sheehan