Lurking:
How a Person Became a User

in conversation with KENDRA ALBERT

Harvard Book Store welcomes debut author JOANNE MCNEIL for a discussion of her book, Lurking: How a Person Became a User. She will be joined in conversation by KENDRA ALBERT, clinical instructor and lecturer at Harvard Law School.

In a shockingly short amount of time, the internet has bound people around the world together and torn us apart and changed not just the way we communicate but who we are and who we can be. It has created a new, unprecedented cultural space that we are all a part of—even if we don’t participate, that is how we participate—but by which we’re continually surprised, betrayed, enriched, befuddled. We have churned through platforms and technologies and in turn been churned by them. And yet, the internet is us and always has been.

In Lurking, Joanne McNeil digs deep and identifies the primary (if sometimes contradictory) concerns of people online: searching, safety, privacy, identity, community, anonymity, and visibility. She charts what it is that brought people online and what keeps us here even as the social equations of digital life—what we’re made to trade, knowingly or otherwise, for the benefits of the internet—have shifted radically beneath us. It is a story we are accustomed to hearing as tales of entrepreneurs and visionaries and dynamic and powerful corporations, but there is a more profound, intimate story that hasn’t yet been told.

Long one of the most incisive, ferociously intelligent, and widely respected cultural critics online, McNeil here establishes a singular vision of who we are now, tells the stories of how we became us, and helps us start to figure out what we do now.

“At a time when there are just as many people wanting to ‘burn it all down’ as there are techno-evangelists, Lurking offers a history of online culture that could not be of more import for the present. Joanne McNeil patiently disentangles this story from the nostalgia and uncritical negativity that so often distort it, recovering nuance while pulling no punches in her defense of privacy and dignity. Lurking gave me words for lost or ineffable feelings, brought up forgotten moments of possibility, and reminded me of everything about the internet that’s worth saving. I was very often surprised by the details of a story I thought I knew. Above all, McNeil's account of the past and her vision of a different future are incalculably humane, providing a fresh opportunity to ask who and what we want the internet to be for.” —Jenny Odell, author of How to Do Nothing

“The internet isn’t ‘out there’ somewhere; it’s coextensive with the brain of any writer who’d be worth reading on the subject. In Lurking, Joanne McNeil writes as an internet ‘supertaster,’ a veteran of more platforms and forums and flame wars and start-ups than most of us could ever imagine. She employs a trees-not-forest style, immersing herself in the paradoxes, and reinscribing her body at the scene. By risking a freely figurative language, she hacks the mystery at its source.” —Jonathan Lethem

“Without a doubt, Joanne McNeil is the most original writer on technology working today. This poetic, empathetic, and incisive history of the internet will resonate deeply with anyone who goes online to listen and learn, not shout and grandstand. Never cynical or reductive, McNeil traces the commercialization of the digital world in unexpected and insightful ways, revealing what has been lost, what stolen, and what utopian possibilities may still be recovered. Lurkers may not be inclined to rally around a manifesto, but this profound and refreshing meditation will certainly do the trick. Lurkers of the world unite, or at least read this book.” —Astra Taylor, author of The People’s Platform 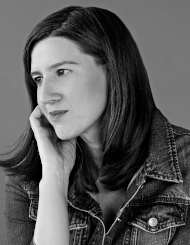 Joanne McNeil was the inaugural winner of the Carl & Marilynn Thoma Art Foundation’s Arts Writing Award in Digital Art. She has been a resident at Eyebeam, a Logan Nonfiction Program fellow, and an instructor at the School for Poetic Computation. Lurking is her first book. 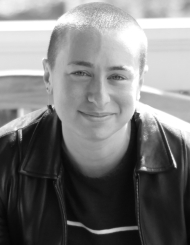 Kendra Albert is a clinical instructor and lecturer on law at Harvard Law School, where they teach students how to practice technology law by working with pro bono clients. Kendra also serves as the Director of the Initiative for a Representative First Amendment, a joint project of the Cyberlaw Clinic and the Berkman Klein Center for Internet and Society. Their work reflects on and critiques technology and law, covering such topics as facial recognition, adversarial ML, computer security, online harassment, and freedom of expression.