A History of Loneliness:
A Novel

Harvard Book Store welcomes award-winning novelists JOHN BOYNE and DAVID VANN, each published in dozens of languages throughout the world, for "An Evening of New Fiction." Irish novelist JOHN BOYNE, author of The Boy in the Striped Pajamas, will read from his latest novel, A History of Loneliness; Guggenheim fellow DAVID VANN will read from his latest work, Aquarium.

On A History of Loneliness

Propelled into the priesthood by a family tragedy, Odran Yates is full of hope and ambition. When he arrives at Clonliffe Seminary in the 1970s, it is a time in Ireland when priests are highly respected, and Odran believes that he is pledging his life to “the good.”

Forty years later, Odran’s devotion is caught in revelations that shatter the Irish people’s faith in the Catholic Church. He sees his friends stand trial, colleagues jailed, the lives of young parishioners destroyed, and grows nervous of venturing out in public for fear of disapproving stares and insults. At one point, he is even arrested when he takes the hand of a young boy and leads him out of a department store looking for the boy’s mother.

But when a family event opens wounds from his past, he is forced to confront the demons that have raged within the church, and to recognize his own complicity in their propagation, within both the institution and his own family.

A novel as intimate as it is universal, A History of Loneliness is about the stories we tell ourselves to make peace with our lives. It confirms Boyne as one of the most searching storytellers of his generation.

"Like Melville, Faulkner, and McCarthy, Vann is already one of the great ones of American literature."—ABC (Spain)

“Vann’s prose is as pure as a gulp of water from an Alaskan stream.”—Financial Times

David Vann’s dazzling debut Legend of a Suicide was reviewed in over a 150 major global publications, won 11 prizes worldwide, was on 40 “best books of the year” lists, and established its author as a literary master. Since then, Vann has delivered an exceptional body of work, receiving, among others, best foreign novel in France and Spain (France’s Prix Medicis Etranger, Spain’s Premi Llibreter), a California Book Award, and the mid-career St. Francis College Literary Prize. Aquarium, his implosive new book and first to be published by Grove, will take Vann to a wider audience than ever before.

Twelve year old Caitlin lives alone with her mother—a docker at the local container port—in subsidized housing next to an airport in Seattle. Each day, while she waits to be picked up after school, Caitlin visits the local aquarium to study the fish. Gazing at the creatures within the watery depths, Caitlin accesses a shimmering universe beyond her own. When she befriends an old man at the tanks one day, who seems as enamored of the fish as she, Caitlin cracks open a dark family secret and propels her once-blissful relationship with her mother toward a precipice of terrifying consequence.

In crystalline, chiseled yet graceful prose, Aquarium takes us into the heart of a brave young girl whose longing for love and capacity for forgiveness transforms the damaged people around her. Relentless and heartbreaking, primal and redemptive, Aquarium is a transporting story from one of the best American writers of our time. 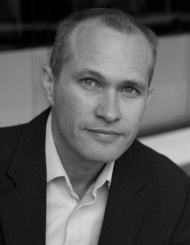 Published in twenty languages, David Vann’s previous books—A Mile Down; Legend of a Suicide; Caribou Island; Last Day On Earth; Dirt; andGoat Mountain—have won enormous critical acclaim. A former Guggenheim fellow, Wallace Stegner fellow, John L’Heureux fellow, and NEA fellow, he has taught at Stanford, Cornell, FSU, USF, holds degrees from Stanford and Cornell, and is currently a Professor at the University of Warwick in England and Honorary Professor at the University of Franche-Comté in France. 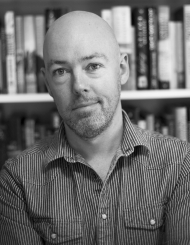 John Boyne is the author of numerous works of fiction, including The Boy in the Striped Pajamas, a young adult novel that became an international bestseller and was made into an award-winning film. His books have been translated into forty-six languages, and he is the recipient of two Irish Book Awards, the Bistro Book of the Year, and numerous international awards. He lives in Dublin, Ireland.