Harvard Book Store is very pleased to welcome bestselling novelist JOHN BURNHAM SCHWARTZ for a reading from his most recent book, Northwest Corner.

Twelve years after a tragic accident and a cover-up that led to prison time, Dwight Arno, now fifty, is a man who has started over without exactly moving on. Living alone in California, haunted yet keeping his head down, Dwight manages a sporting goods store and dates a woman to whom he hasn’t revealed the truth about his past. Then an unexpected arrival throws his carefully neutralized life into turmoil and exposes all that he’s hidden.

Sam, Dwight’s estranged college-age son, has shown up without warning, fleeing a devastating incident in his own life. In its way, Sam’s sense of guilt is as crushing as his father’s. As the two men are forced to confront their similar natures and their half-buried hopes for connection, they must also search for redemption and love. In turn, they dramatically transform the lives of the women around them: the ex-wives, mothers, and lovers they have turned to in their desperate attempts to somehow rewrite, outrun, or eradicate the past.

"The literary tradition of the middle-class American male as a creaky vessel teetering on the verge of moral meltdown yet struggling to reconstruct himself has found its latest and arguably most adept practitioner in Schwartz.... Schwartz is...exceptional at describing the chemistry of desire, creating emotional tension, and making his characters feel more like flesh and blood than fictional constructs. Imaginative and taut, Schwartz's writing is seamless and infinitely inspired." —Publishers Weekly 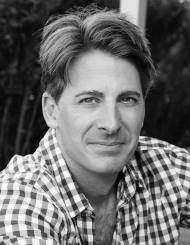 John Burnham Schwartz is the bestselling author of five novels, including Northwest Corner, The Commoner, and Reservation Road, which was made into a film based on his screenplay. His books have been translated into 20 languages, and he has done extensive screen and television writing for major Hollywood studios, including as screenwriter of HBO Films' The Wizard of Lies with Robert De Niro and Michelle Pfeiffer, for which he was nominated for a 2018 Writers Guild of America Award. He is the Literary Director of the Sun Valley Writers' Conference, and lives in Brooklyn with his wife, writer Aleksandra Crapanzano, and their son Garrick.