Switched On:
A Memoir of Brain Change and Emotional Awakening

in conversation with ALVARO PASCUAL-LEONE

Harvard Book Store welcomes bestselling author of Look Me in the Eye JOHN ELDER ROBISON and Harvard Medical School professor of Neurology ALVARO PASCUAL-LEONE for a discussion of Robison's latest book, Switched On: A Memoir of Brain Change and Emotional Awakening, for which Dr. Pascual-Leone wrote the foreward.

It has long been assumed that people living with autism are born with the diminished ability to read the emotions of others, even as they feel emotion deeply. But what if we’ve been wrong all this time? What if that “missing” emotional insight was there all along, locked away and inaccessible in the mind?

In 2007 John Elder Robison wrote the international bestseller Look Me in the Eye, a memoir about growing up with Asperger’s syndrome. Amid the blaze of publicity that followed, he received a unique invitation: a team of Harvard neuroscientists asked him if he would participate in a study led by Dr. Alvaro Pascual-Leone, one of the world’s foremost neuroscientists at Harvard University. They wanted to use Transcranial Magnetic Stimulation (TMS)—a new experimental brain therapy—in an effort to understand and then address the issues at the heart of autism and Aspergers. If they could stimulate the outer layer of John’s brain, it might induce it to rewire itself and increase his emotional IQ. Switched On is the extraordinary story of what happened next.

Having spent forty years as a social outcast, misreading others’ emotions or missing them completely, John is suddenly able to sense a powerful range of feelings in other people. However, this newfound insight brings unforeseen problems and serious questions. As the emotional ground shifts beneath his feet, John struggles with the very real possibility that choosing to diminish his disability might also mean sacrificing his unique gifts and even some of his closest relationships. Switched On is a real-life Flowers for Algernon, a fascinating and intimate window into what it means to be neurologically different, and what happens when the world as you know it is upended overnight.

“Switched On is a mind-blowing book that will force you to ask deep questions about what is important in life. Would normalizing the brains of those who think differently reduce their motivation for great achievement?”—Temple Grandin, author of The Autistic Brain

“John Elder Robison is an extraordinary guide, carefully elucidating the cutting-edge science behind this revolutionary new brain therapy, TMS, alongside the compelling story of the impact it has on his relationships, his thinking and emotions, and indeed his very identity. At the heart of Switched On are fundamental questions of who we are, of where our identity resides, of difference and disability and free will, which are brought into sharp focus by Robison’s lived experience.”—Graeme Simsion, author of The Rosie Effect 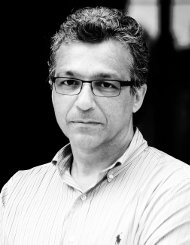 Alvaro Pascual-Leone, MD, PhD, is Professor of Neurology and an Associate Dean for Clinical and Translational Research at Harvard Medical School. He serves as Chief for the Division of Cognitive Neurology and the Director of the Berenson-Allen Center for Noninvasive Brain Stimulation at Beth Israel Deaconess Medical Center. Dr. Pascual-Leone is the recipient of several international honors and awards, including the Ramón y Cajal Award in Neuroscience (Spain), the Norman Geschwind Prize in Behavioral Neurology from the American Academy of Neurology, the Friedrich Wilhelm Bessel Research Award from the Alexander von Humboldt Foundation (Germany), and the Jean-Louis Signoret Prize from the Ipsen Foundation (France). He is an elected member of the Spanish Royal Academy of Science (Farmacia). His work also has wide general public appeal and outreach through dissemination in articles in the press (Time Magazine, Newsweek, New Scientist, National Geographic) and documentaries on television and radio. 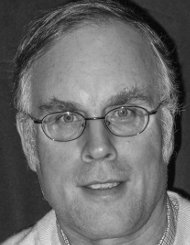 John Elder Robison is a world-recognized authority on life with autism, and the New York Times bestselling author of Look Me in the Eye, Be Different, and Raising Cubby. Robison is the neurodiversity scholar in residence at the College of William & Mary, and he serves on the Interagency Autism Coordinating Committee, which produces the U.S. government’s strategic plan for autism spectrum disorder research. A machine aficionado and avid photographer, Robison lives with his family in Amherst, Massachusetts.

UPDATE: Online ticket sales have now ended. A limited number of tickets are still available at Harvard Book Store or over the phone at 617-661-1515. We will likely sell out soon so get your tickets now!