From the voices of protestors to the encroachment of a new fascism, everywhere we look power is revealed. Spouse to spouse, soldier to citizen, looker to gazed upon, power is never static: it is either demonstrated or deployed. Its hoarding is itself a demonstration. This thought-provoking issue of the acclaimed literary annual Freeman’s explores who gets to say what matters in a time of social upheaval.

Many of the writers are women. Margaret Atwood posits it is time to update the gender of werewolf narratives. Aminatta Forna shatters the silences which supposedly ensured her safety as a woman of color walking in public space. Power must often be seized. The narrator of Lan Samantha Chang’s short story finally wrenches control of the family’s finances from her husband only to make a fatal mistake. Meanwhile, the hero of Tahmima Anam’s story achieves freedom by selling bull semen. Australian novelist Josephine Rowe recalls a gallery attendee trying to take what was not offered when she worked as a life-drawing model. Violence often results from power imbalances―Booker Prize winner Ben Okri watches power stripped from the residents of Grenfell Tower by ferocious neglect. But not all power must wreak damage. Barry Lopez remembers fourteen glimpses of power, from the moment he hitched a ride on a cargo plane in Korea to the glare he received from a bear traveling with her cubs in the woods, asking―do you plan me harm?

Featuring work from brand new writers Nicole Im, Jaime Cortez, and Nimmi Gowrinathan, as well as from some of the world’s best storytellers, including US poet laureate Tracy K. Smith, Franco-Moroccan writer Leïla Slimani, and Turkish novelist Elif Shafak, Freeman’s: Power escapes from the headlines of today and burrows into the heart of the issue.

"Freeman's sets a new standard for literary journals . . . It's refreshing and full of nuanced stories that will linger with you long after you finish them." —Chicago Literati

"[An] infinitely relatable and beautifully crafted prose and poetry anthology . . . Freeman has assembled a thoughtful and profoundly accessible collection of work that connects our vulnerabilities, our expectations, and our hopes." —Newcity Lit 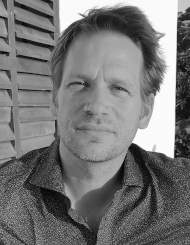 John Freeman is the editor of Freeman's, a literary annual of new writing, and executive editor of Literary Hub. His books include How to Read a Novelist and Dictionary of the Undoing, as well as Tales of Two Americas, an anthology about income inequality in America, and Tales of Two Cities, an anthology of new writing about inequality in New York City. He is also the author of a collection of poems, Maps. His work is translated into more than twenty languages, and has appeared in The New Yorker, The Paris Review, and The New York Times. The former editor of Granta, he teaches writing at New York University.