The Guardians:
A Novel

Harvard Book Store is thrilled to welcome bestselling authors JOHN GRISHAM and DORIS KEARNS GOODWIN for a discussion of their latest books—Grisham with his newest legal thriller, The Guardians: A Novel, and historian Goodwin with the new-to-paperback Leadership: In Turbulent Times.

This event does not include a book signing. Books available for purchase and pickup at the event are pre-signed editions of The Guardians and Leadership, personally signed by the authors.

There are four ticket options for this event:

In the small north Florida town of Seabrook, a young lawyer named Keith Russo was shot dead at his desk as he worked late one night. The killer left no clues behind. There were no witnesses, no real suspects, no one with a motive. The police soon settled on Quincy Miller, a young black man who was once a client of Russo’s.

Quincy was framed, convicted, and sent to prison for life. For twenty-two years he languished in prison with no lawyer, no advocate on the outside. Then he wrote a letter to Guardian Ministries, a small innocence group founded by a lawyer/minister named Cullen Post.

Guardian handles only a few innocence cases at a time, and Post is its only investigator. He travels the South fighting wrongful convictions and taking cases no one else will touch. With Quincy Miller, though, he gets far more than he bargained for. Powerful, ruthless people murdered Keith Russo, and they do not want Quincy exonerated.

They killed one lawyer twenty-two years ago, and they will kill another one without a second thought.

In her “inspiring” (The Christian Science Monitor) Leadership, Doris Kearns Goodwin draws upon the four presidents she has studied most closely—Abraham Lincoln, Theodore Roosevelt, Franklin D. Roosevelt, and Lyndon B. Johnson (in civil rights)—to show how they recognized leadership qualities within themselves and were recognized as leaders by others. By looking back to their first entries into public life, we encounter them at a time when their paths were filled with confusion, fear, and hope.

Leadership tells the story of how they all collided with dramatic reversals that disrupted their lives and threatened to shatter forever their ambitions. Nonetheless, they all emerged fitted to confront the contours and dilemmas of their times. At their best, all four were guided by a sense of moral purpose. At moments of great challenge, they were able to summon their talents to enlarge the opportunities and lives of others. Does the leader make the times or do the times make the leader?

“If ever our nation needed a short course on presidential leadership, it is now” (The Seattle Times). This seminal work provides an accessible and essential road map for aspiring and established leaders in every field. In today’s polarized world, these stories of authentic leadership in times of apprehension and fracture take on a singular urgency. 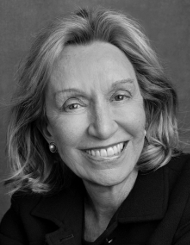 Doris Kearns Goodwin is a world-renowned presidential historian, public speaker, and Pulitzer Prize–winning and bestselling author. Her previous books include The Bully Pulpit: Theodore Roosevelt, William Howard Taft, and the Golden Age of Journalism; Team of Rivals: The Political Genius of Abraham Lincoln; and No Ordinary Time: Franklin and Eleanor Roosevelt: The Home Front in World War II. 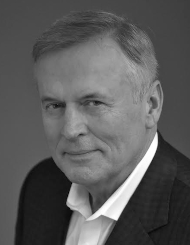 John Grisham is the author of thirty-three novels, one work of nonfiction, a collection of stories, and six novels for young readers.

Tickets are available online only at harvard.com and harvardbookstore.eventbrite.com. All tickets for this event include a $5 coupon for use in the bookstore. Books bundled with pre-sale tickets may only be picked up at the venue the night of the event, and cannot be picked up in-store beforehand.