Although his career as a bestselling author and on The Daily Show With Jon Stewart was founded on fake news and invented facts, in 2016 that routine didn’t seem as funny to John Hodgman anymore. Everyone is doing it now.

Disarmed of falsehood, he was left only with the awful truth: John Hodgman is an older white male monster with bad facial hair, wandering like a privileged Sasquatch through three wildernesses: the hills of Western Massachusetts where he spent much of his youth; the painful beaches of Maine that want to kill him (and some day will); and the metaphoric haunted forest of middle age that connects them.

Vacationland collects these real-life wanderings, and through them you learn of the horror of freshwater clams, the evolutionary purpose of the mustache, and which animals to keep as pets and which to kill with traps and poison. There is also some advice on how to react when the people of coastal Maine try to sacrifice you to their strange god.

Though wildly, Hodgmaniacally funny as usual, it is also a poignant and sincere account of one human facing his forties, those years when men, in particular, must stop pretending to be the children of bright potential they were and settle into the failing bodies of the wiser, weird dads that they are.

Fortunately, John Hodgman has gone there so you don’t have to, and he has seen it all. Beaches with rocks sharp as knives, sinister cairns, waters cold enough to stop your heart, raccoon feces . . . oh, the tales he tells! It’s all there in Vacationland! Lovecraft warned us, King warned us, and now comes Hodgman with the terrible truth. Oh, the horror, the horror . . . ” —George R. R. Martin

“This book is genuinely it-will-make-you-laugh funny, it is a wistful and sad examination of the impulse that causes us to move to out of the way places and of what John Hodgman found when he went there, and it is always wiser than it seems. If you do not read it, you will be missing out on something special.” —Neil Gaiman

“We’ve known for a while now that John Hodgman is a master of invention. It is completely unsurprising—and an absolute joy—to find he is every bit as funny and brilliant when confronting the truth of his own life. Moving, hilarious, and deeply heartfelt, Vacationland is a wonder.” —Cynthia D'Aprix Sweeney

The Brattle Theatre will screen The Dead Zone after our event and signing. This 8:30pm screening will be ticketed separately, through the Brattle Theatre, and will feature a special introduction by John Hodgman. 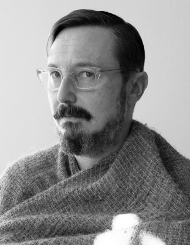 John Hodgman is a writer, comedian, actor, and host of the Judge John Hodgman podcast. He is the author of three New York Times bestselling books of fake facts and invented trivia, and his writing has also appeared in The New York Times Magazine, The Paris Review, This American Life, The New Yorker, and Mad Magazine. He has been a contributor to The Daily Show with Jon Stewart, appeared as the “Personal Computer” in a series of commercials for Apple, and has had recurring roles in FX’s Married, HBO’s Bored to Death, and Cinemax’s The Knick. His apocalyptic comedy special Ragnarok is available on Netflix.