John Lithgow’s memoir, among other things, is a tribute to his most important influence: his father, Arthur Lithgow, who, as an actor, director, producer, and great lover of Shakespeare, brought theater to John’s boyhood. From bedtime stories to Arthur’s illustrious productions, performance and storytelling were constant and cherished parts of family life. Drama tells of the Lithgows’ countless moves between Arthur’s gigs—John attended eight secondary schools before flourishing onstage at Harvard—and details with sharp recollection the moments that introduced a budding young actor to the undeniable power of theater.

Before Lithgow gained fame with the film The World According to Garp and the television show 3rd Rock from the Sun, his early years were full of scenes both hilarious and bittersweet. A shrewd acting performance saved him from duty in Vietnam. His involvement with a Broadway costar brought an end to his first marriage. The theater worlds of New York and London come alive as Lithgow relives his collaborations with renowned performers and directors, including Mike Nichols, Bob Fosse, Liv Ullmann, and Meryl Streep. His ruminations on the nature of theater, film acting, and storytelling cut to the heart of why actors are driven to perform, and why people are driven to watch them do it.

Signing rules: Mr. Lithgow will be signing only copies of Drama: An Actor's Education. He will not be signing previous books or any memorabilia. 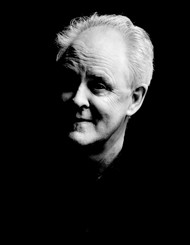 John Lithgow is an award-winning actor who has starred on stage and in film and television. A New York Times bestselling author of eight books for children, he lives in New York and Los Angeles.

Online ticket sales for this event have ended. Tickets can still be purchased at Harvard Book Store and by phone at 617-661-1515. Tickets purchased online can be picked up at the First Parish Church when the doors open, at approximately 6:30pm.