Jump-Starting America:
How Breakthrough Science Can Revive Economic Growth and the American Dream

The American economy glitters on the outside, but the reality is quite different. Job opportunities and economic growth are increasingly concentrated in a few crowded coastal enclaves. Corporations and investors are disproportionately developing technologies that benefit the wealthiest Americans in the most prosperous areas—and destroying middle-class jobs elsewhere. To turn this tide, we must look to a brilliant and all-but-forgotten American success story and embark on a plan that will create the industries of the future—and the jobs that go with them.

Beginning in 1940, massive public investment generated breakthroughs in science and technology that first helped win WWII and then created the most successful economy the world has ever seen. Private enterprise then built on these breakthroughs to create new industries—such as radar, jet engines, digital computers, mobile telecommunications, life-saving medicines, and the internet—that became the catalyst for broader economic growth that generated millions of good jobs. We lifted almost all boats, not just the yachts.

Jonathan Gruber and Simon Johnson tell the story of this first American growth engine and provide the blueprint for a second. It's a visionary, pragmatic, sure-to-be-controversial plan that will lead to job growth and a new American economy in places now left behind.

"Jump-Starting America is a brilliant, fascinating, timely, and important book. It makes a compelling case that thoughtful government investment in science is the key to achieving a second golden age for the American economy. A joy to read." ―Steve Levitt, co-author of Freakonomics

"This is the book America needs now. The blueprint for a dazzling future, filled with invention and growth, can be found in our recent past. Johnson and Gruber have resurrected the lost history of American science, and the era of big government that funded it. They have written a manifesto brimming with novel proscriptions that are themselves evidence that this country hasn't lost its capacity to innovate." ―Franklin Foer, author of World Without Mind

"Something has gone profoundly wrong with the US economy over the last two decades. Economic growth has been disappointing, and the little of it we have witnessed has benefited the already rich and left everybody else behind. This wonderfully readable book by two leading scholars explains why and what to do about it. It is a powerful call for action for the government to get involved, encourage innovation in local clusters, and help the economy get back to creating good jobs for ordinary Americans. A must read." ―Daron Acemoglu, coauthor of Why Nations Fail, Elizabeth and James Killian Professor of Economics, MIT 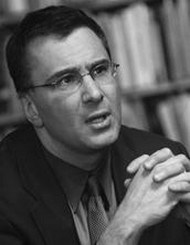 Jonathan Gruber is the Ford Professor of Economics at MIT. A key architect of both Romneycare and Obamacare, he appears regularly on both Fox News and MSNBC. Slate has named him one of the top twenty-five “Most Innovative and Practical Thinkers of Our Time.” In addition to over 160 academic articles, he is the author of Health Care Reform (Hill & Wang), a graphic novel about the Affordable Care Act. 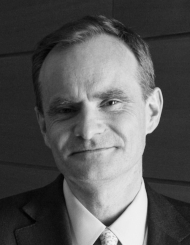 Simon Johnson is the Ronald A. Kurtz Professor of Entrepreneurship at MIT Sloan School of Management and a former chief economist to the IMF. His much-viewed opinion pieces have appeared in the New York Times, the Wall Street Journal, the Financial Times, the Atlantic, and elsewhere. With law professor James Kwak, Simon is the co-author of the bestsellers 13 Bankers and White House Burning and a founder of the widely-cited economics blog The Baseline Scenario.

Tickets are available online only at harvard.com and harvardbookstore.eventbrite.com. All tickets for this event include a $5 coupon for use in the bookstore. Pre-sale tickets include a copy of Jump-Starting America. Books bundled with pre-sale tickets may only be picked up at the venue the night of the event, and cannot be picked up in-store beforehand.