At 10:33 a.m. on April 3, 1968, Dr. Martin Luther King, Jr., landed in Memphis on a flight from Atlanta. A march that he had led in Memphis six days earlier to support striking garbage workers had turned into a riot, and King was returning to prove that he could lead a violent-free protest.

King's reputation as a credible, non-violent leader of the civil rights movement was in jeopardy just as he was launching the Poor People's Campaign. He was calling for massive civil disobedience in the nation's capital to pressure lawmakers to enact sweeping anti-poverty legislation. But King didn't live long enough to lead the protest. He was fatally shot at 6:01 p.m. on April 4th in Memphis.

Redemption is an intimate look at the last thirty-one hours and twenty-eight minutes of King's life. King was exhausted from a brutal speaking schedule. He was being denounced in the press and by political leaders as an agent of violence. He was facing dissent even within the civil rights movement and among his own staff at the Southern Christian Leadership Conference. In Memphis, a federal court injunction was barring him from marching. As threats against King mounted, he feared an imminent, violent death. The risks were enormous, the pressure intense.

“In this gripping account of the King assassination, Joseph Rosenbloom does more than recover the story of the hours leading up to that fateful shot at the Lorraine Motel in Memphis, April 1968. Writing with the urgency of a journalist’s pen, Rosenbloom melts time away to redeem the fully human struggle of a man, a leader, under enormous pressure, risking his reputation and his life, trying to answer the question, Where do we go from here? The result is not only an absorbing narrative of what happened; it offers readers a chance to reflect on what might have been.” —Henry Louis Gates Jr., Alphonse Fletcher University Professor, Harvard University

“In this crisply wrought story, in this absolute thriller, I read courage like never before. Joseph Rosenbloom walks us through an American tragedy, a righteous American tragedy of a Martin Luther King Jr. unstinting in his final movement against poverty and racism. King comes to life in death—a courage ever so inspiring.” —Ibram X. Kendi, author of Stamped from the Beginning: The Definitive History of Racist Ideas in America

“Martin Luther King Jr. has remained a towering figure through so many decades, during which his dream has gone unfulfilled, that any account of his death at thirty-nine by an assassin’s bullet outside a Memphis hotel still shocks, still feels freshly tragic. Yet Joseph Rosenbloom’s Redemption is like no other. He tells the suspenseful story of King’s last days in remarkable detail, illuminating King’s increasing radicalism and intensifying purpose in a narrative that takes in both the worst and the best of human possibility.” —Megan Marshall, Pulitzer Prize–winning author of Margaret Fuller: A New American Life and Elizabeth Bishop: A Miracle for Breakfast 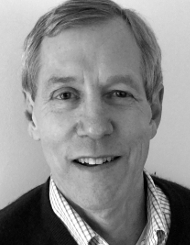 Joseph Rosenbloom is an award-winning journalist who has been a staff reporter for the Boston Globe, an investigative reporter for Frontline, and a senior editor for Inc. magazine. He has written for the Wall Street Journal, New York Times, American Prospect, among other publication, and lives in Newton, Massachusetts.